Do Marylanders have a right to free speech? Not if they live in a community controlled by Larry E. Jennings and publicly criticize his plans, the developer argues in a $25 million lawsuit against residents of Clipper Mill.

Now those residents are fighting back in Baltimore Circuit Court, asking for Jennings’ lawsuit to be dismissed on the grounds that it violates a state law prohibiting SLAPP (Strategic Lawsuit Against Public Participation) litigation intended to deter free speech and silence criticism.

The two sides are scheduled to meet later this morning in court to present arguments that could determine whether the Clipper Mill residents will have to pay Jennings for questioning development proposals he has made for their community.

The case marks one of the first times Maryland’s SLAPP law has been tested in state court.

Thomas Minton, one of the attorneys representing the defendants, said he believes Jennings’ suit lacks merit because of the protections afforded by the law, passed by the General Assembly in 2004.

“We responded to the suit by asking the court to dismiss it,” he said. “We claim this is a SLAPP suit because it was directed to the defendants’ participation in public hearings with the Baltimore Planning Commission and their organization of opposition to the development plans. We contend those are protected activities, and we contend the statute applies directly.”

In a typical SLAPP suit, experts say, the plaintiff doesn’t really expect to win the case. Instead, his goals are met if the defendants succumb to fear, mounting legal costs or sheer exhaustion and drop their criticism or opposition.

Jennings’ lawsuit was filed by David Applefeld and Richard Goldberg of Shapiro Sher Guinot & Sandler, and its goal against critics is blunt – “to deter such conduct in the future” by seeking “a substantial punitive award.” 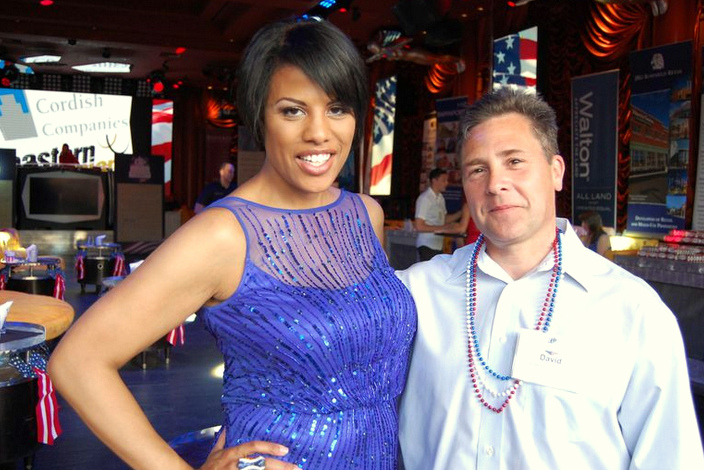 Minton said Maryland passed the law because “developers around the country started suing people who opposed their development plans.”

He said he hasn’t found any reported cases in Maryland where a developer has successfully sued private citizens since Maryland passed the SLAPP legislation.

The goal of Jennings’ lawsuit is blunt – “to deter such conduct in the future” by seeking “a substantial punitive award.”

In his lawsuit, Jennings claimed the residents have cost him “millions of dollars” by raising questions that have prevented him from moving ahead with construction.

The 37-page complaint, first reported by The Brew, accused the residents of testifying against two of Jennings’ proposals at public hearings, communicating with each other and other Woodberry residents about his plans, and challenging his projects in court.

The public hearings in question were required by the City Charter to give residents an opportunity to express their views about potential zoning changes and other issues affecting their community.

How to redevelop the historic Tractor Building at Clipper Mill, owned by Jennings, has pitted members of the community against the developer. (Ed Gunts)

The defendants are two homeowners’ boards, The Council of Unit Owners of the Millrace Condominium and The Homes at Clipper Mill Homeowners Association, and five individuals who live at Clipper Mill.

Some of the individuals are officers of the homeowners’ boards. Three are residents who attended public hearings of the Planning Commission and testified against Jennings’ plans for the stacked townhouses and the Tractor Building conversion.

When the Planning Commission approved Jennings’ plans despite their testimony, the residents filed suit in Circuit Court to have the decisions vacated, actions that prevented Jennings from moving ahead with his plans.

A former commissioner of the Baltimore Housing Authority, Jennings is the co-founder and senior managing director of Valstone Partners, an affiliate of VS Clipper Mill LLC, Jennings’ development company in Clipper Mill.

Jennings has ties to businessmen who have done exceptionally well in recent city administrations, including financier J.P. Grant and builder Kevin Johnson.

He’s a well-connected developer with ties to businessmen who have done exceptionally well in recent city administrations, including financier J.P. Grant and builder Kevin Johnson.

Until the start of this year, Jennings collaborated on Clipper Mill with a consultancy headed by attorney Martin Cadogan, the campaign treasurer for Mayor Bernard C. “Jack” Young and former treasurer for Martin O’Malley when he was mayor and governor.

In his lawsuit, Jennings claimed that the Clipper Mill residents aren’t legally allowed to question the developer’s plans or express their views about them in a public forum, and that only the developer has a say in determining what can be built at Clipper Mill.

The crux of his suit is an argument that the residents surrendered their rights to object when they signed the deed or lease to their residences. His lawyers argue that the Clipper Mill condominium documents contain language that says the community is ultimately governed by a “master governing association.”

Jennings’ suit contends that the residents surrendered their rights to object when they signed the deed or lease to their residences.

Applefeld and Goldberg argue that the residents can’t speak up about anything the developer does unless they have 75% of the total qualified votes of the master governing association. They say there are 700 voting shares and the developer, VS Clipper Mill, controls 500 of them, meaning the residents collectively will never have 75% and therefore are not legally allowed to speak against the developer.

If the judge doesn’t dismiss the Jennings lawsuit, a full trial could take a year or more to litigate, depending on Covid-related case backups and other scheduling considerations.