As members of the Maryland Commission to Restore Trust in Policing, we read with interest David A. Plymyer’s December 21 opinion piece (“Rooting out bad cops“) evaluating the commission’s report.

In castigating the commission for “wimping out,” Plymyer unfortunately fails to accurately depict the breadth of the report’s four distinct sets of recommendations for achieving structural change in Maryland’s police agencies.

His overly simplistic solution of providing minimal due process for police officers by investing more power in police chiefs to discipline officers myopically ignores the very complex institutional problems of the Baltimore City Police Department (BPD) and its counterparts across Maryland.

As public discussion on police reform continues, policymakers should, on the contrary, focus greater scrutiny on the decisions, actions and inactions of police executives.

The commission was established by the General Assembly to examine the circumstances that enabled members of the BPD’s elite Gun Trace Task Force (GTTF) to engage in brazen criminal conduct for years without detection.

The panel concluded its two-year effort in December with one very crucial finding: “The BPD’s Command Staff failures to properly supervise, deter misconduct, detect corruption and implement safeguards to ensure integrity within its ranks play a significant role in the scope of the GTTF conduct.”

Under multiple commissioners, the command’s lack of supervision of the GTTF and its failure to institute basic integrity protocols enabled the unit’s illegal acts to go undetected for years.

Shockingly, until prodded by the commission, the BPD had not conducted it own post-indictment investigation into its organizational failures. So much for accountability.

The first set of recommendations, ignored by Plymyer’s critique, calls for the BPD to adopt 31 specific measures to deter and detect police officers’ criminal conduct (pages 9-18 of the final report). Laying out an aggressive and trackable timeline, the report recommends:

• The full staffing of internal affairs.

• Drug testing and polygraphing of officers in specialized units.

• Creation of an early intervention system triggered by citizen complaints to identify and retrain officers.

• Requiring officers to serve in internal affairs service as a condition of certain promotions.

• Creation of a searchable database for citizens to track a complaint’s progress and the mapping of citizen complaints. 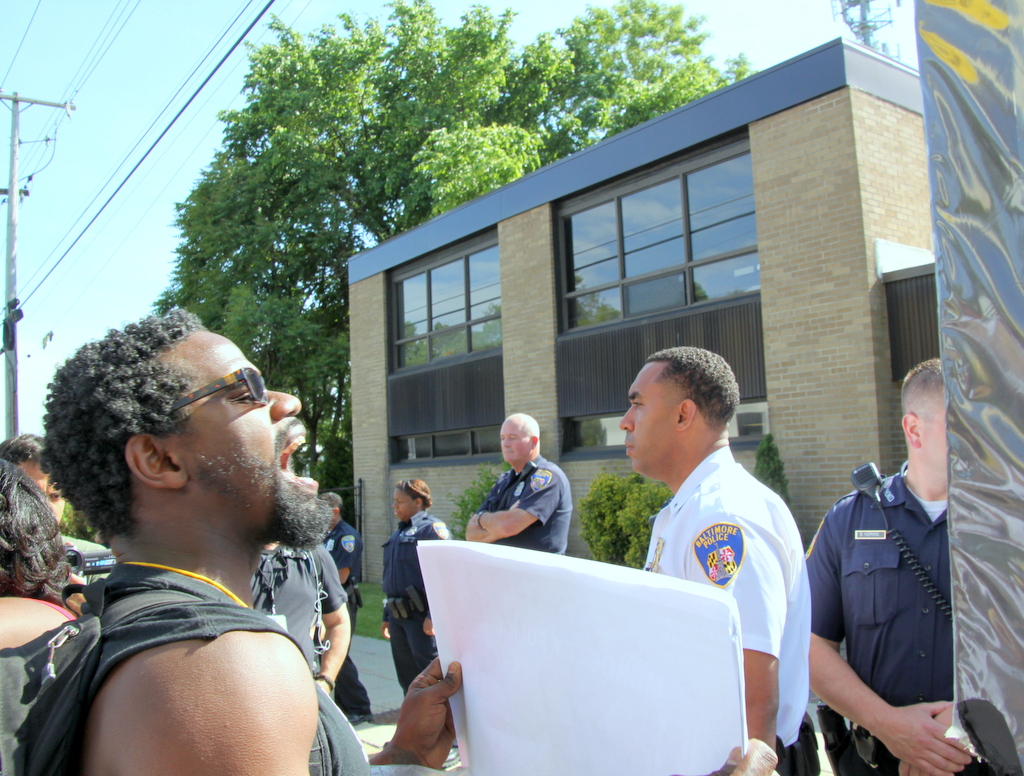 Officers stand in front of Lodge 3 of the Fraternal Order of Police during public protests following Freddie Gray’s death while in police custody. (Fern Shen)

Implementation of these changes would be reported regularly to the mayor’s office and the public to ensure progress. None of these critical measures was in existence during the GTTF’s reign of criminal activity. Many are still not in existence today.

The second set of recommendations outlines 16 amendments to Maryland’s Law Enforcement Bill of Rights (LEOBR). LEOBR is the current statutory process that outlines the steps that police departments must adhere to in the investigation and discipline of police officers.

We would argue that LEOBR was not a contributing factor in the GTTF scandal – nor the failure by Baltimore Police to detect its own in-house criminal enterprise.

GTTF members were never administratively investigated or charged by the police department in connection with the federal charges of extortion, theft, falsifying official reports and overtime abuse.

So LEOBR never applied. However, following testimony by stakeholders and citizens, the Commission spent considerable time redrafting the statute.

If Plymyer believes LEOBR does not work, the solution is not to give the very agency heads who control the process more power.

If Plymyer believes LEOBR does not work, the solution is not to give the very agency heads who control the process more power.

Instead, the fix, which may include repeal of LEOBR, will be found in providing a statewide uniform process with more oversight, transparency and outside public involvement in internal investigations, charging and discipline.

Inspired by this testimony, the report recommends placing four civilians on a newly created five-person charging committee. The charging committee will review internal investigations and determine the charges and offer of punishment to an officer, ensuring agencies do not bury citizen complaints improperly.

Hearing boards would be videotaped and made available to the public. We also recommended broadening a police chief’s ability to terminate officers without a trial board when an officer is found guilty or accepts probation before judgment in certain criminal proceedings.

Adopted recommendations will shorten the time frame for an officer to obtain counsel before being compelled to provide a statement and will nullify collectively bargained Fraternal Order of Police contractual clauses that alter the makeup of trial boards or eliminate the chief’s final decision authority. 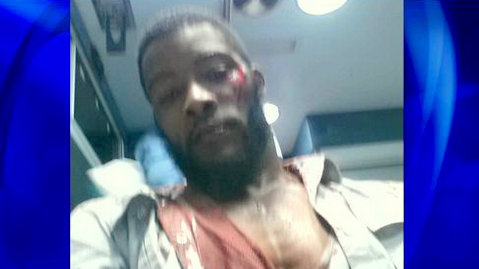 Photo of 29-year-old Jamar Kennedy after an alleged beating by Baltimore Police outside of Melba’s Place. (cbslocal.com)

The third set of recommendations, consistent with calls from the American Civil Liberties Union and the Public Defender’s Office, asks the General Assembly to amend the Public Information Act to provide greater transparency of law enforcement disciplinary proceedings and investigatory records.

Based on advocate testimony, the commission recommends the state and each county establish a publicly accessible electronic database that records police misconduct complaints.

Furthermore, despite the undisputed importance of body cameras, very few state and local agencies have invested in the technology. The commission requests legislation requiring all agencies to equip their officers with body cameras by the start of FY 2023.

Up to the General Assembly

The BPD is obligated to protect lives and police the city in an ethical, constitutional fashion. The failures of officers on the street are often the byproduct of longstanding organizational dysfunction and neglect within the command ranks.

For systematic improvements to occur, police executives must be held accountable for the officers that they hire, train, direct and supervise.

As the General Assembly begins its 2021 session next week, the commission’s recommendations offer lawmakers a road map to implement meaningful change at the BPD and other Maryland police agencies.

• Sean R. Malone is an attorney at Harris Jones & Malone. For 20 years, he has negotiated public sector disciplinary processes on behalf of state and local government as part of the collective bargaining process. He has served as Baltimore’s Labor Commissioner and as chief legal counsel for the Baltimore Police Department.

• Gary W. McIlhinney is the Assistant Secretary for the Maryland Department of Public Safety and Correctional Services. He is a former president of the Baltimore Fraternal Order of Police (FOP) Lodge 3 and retired city police officer.