Two weeks after pledging that she would “occupy and use” a house she purchased near Florida’s Walt Disney World as a second home, Baltimore State’s Attorney Marilyn J. Mosby took out a landlord license and hired a management company to rent out the property.

The house, advertised “just minutes  away from Disney’s theme parks,” can be rented this week for $278 a night, according to the [now disabled] online listing by Executive Villas Florida. The daily rental rate jumps to $391 a night for Easter week.

By signing the rider, Mosby got a roughly $50,000 break on the down payment. She will also pay a lower interest rate on the 30-year mortgage than if the house were a rental property.

The rider (below) does allow Mosby to do short-term rentals as long as she uses the property primarily as her own residence. What isn’t allowed is handing control of the house to a timesharing agreement or to a property management company. 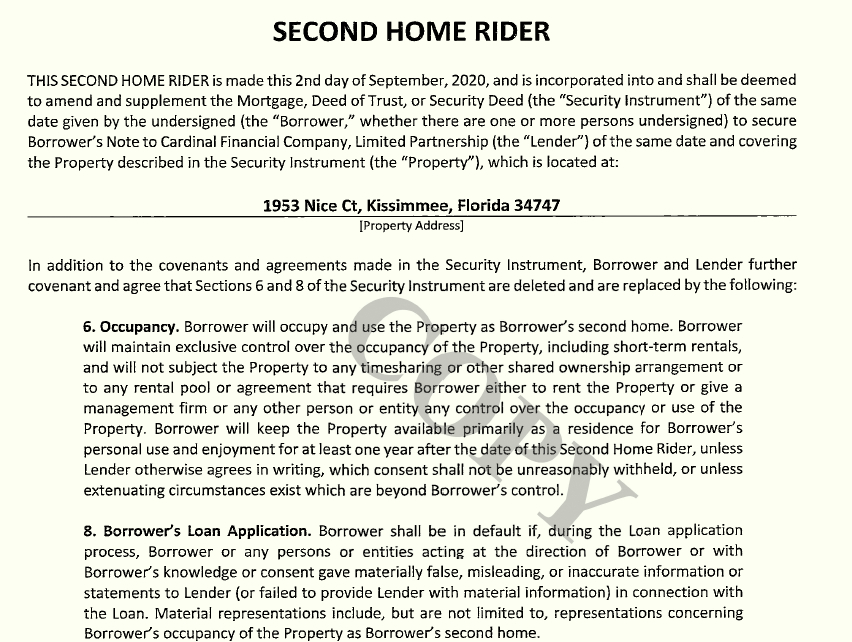 The rider that Mosby signed says she is in default if she gave “materially false, misleading or inaccurate information or statements to Lender.” BELOW: Photo of the rental’s pool and spa. 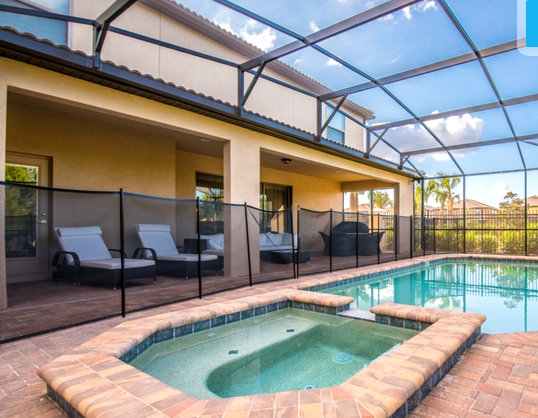 Mosby’s defense attorney, A. Scott Bolden, did not respond to Brew questions tonight about the rider provision. He did issue a general statement today on Mosby’s twitter account: 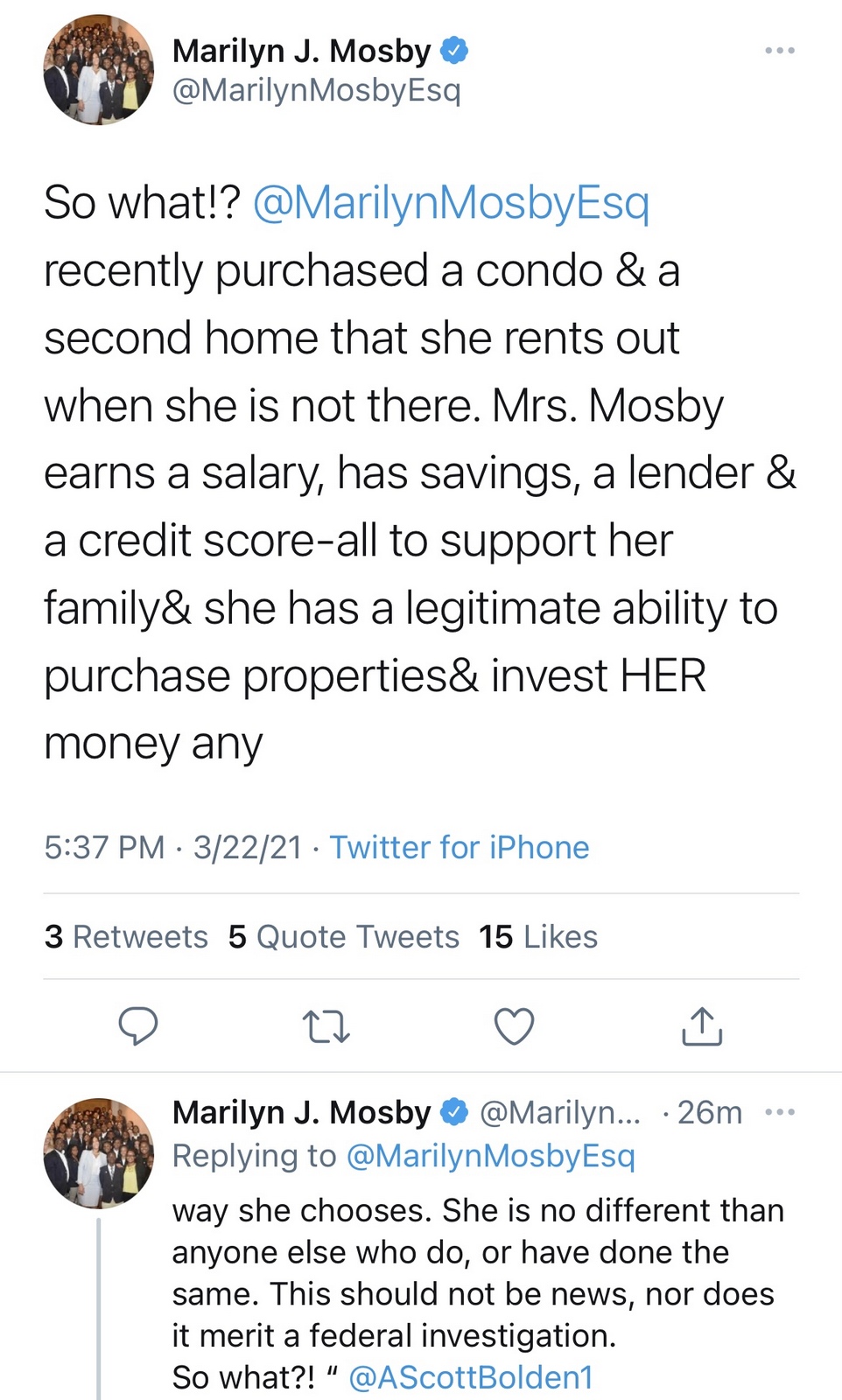 The Brew disclosed that Baltimore’s top prosecutor purchased a second Florida property last month –  a condominium on Longboat Key on the Gulf of Mexico near Sarasota.

The Sarasota condo also contains a second home rider signed by Mosby, in which she pledges to “occupy and use” the property as a second home.

By signing this rider, Mosby received a $428,400 Fannie Mae mortgage on a property that sold for $476,000, according to Sarasota County records. 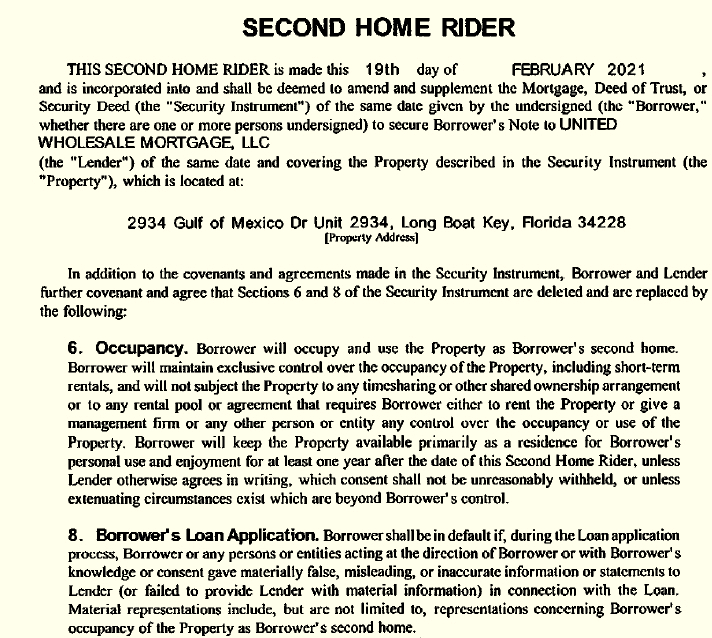 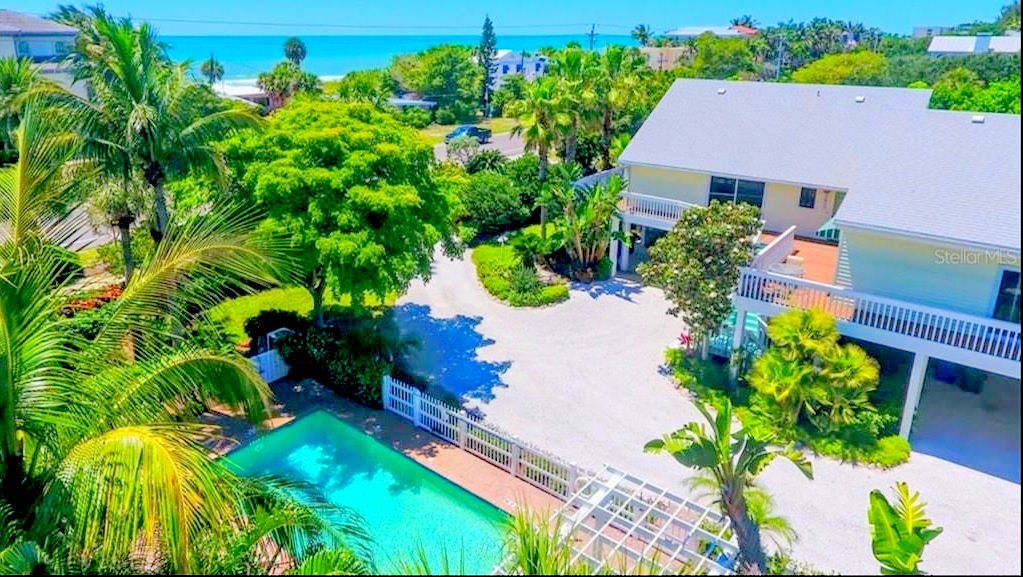 The Baltimore Sun was the first to report last Friday that Mosby and her husband, Baltimore City Council President Nick Mosby, were under a criminal investigation by the U.S. attorney’s office.

While the exact contours of the investigation are unknown, grand jury subpoenas were issued for the couple’s tax records, their side businesses (Marilyn’s Mahogany Elite Enterprises and Nick’s Monumental Squared LLC), and worksheets and accounting records for the “Friends of Marilyn Mosby” campaign committee.

Since July, The Brew has written extensively about the couple’s side businesses (here and here).

A report recently issued by Baltimore’s inspector general raised issues involving Marilyn Mosby’s use of Mahogany Elite as a way to take business deductions on federal taxes and to pay for at least one airplane ticket to Florida for her husband.

The Brew has since documented cases where the “Friends” campaign committee has diverted thousands of dollars to pay for Mosby’s private legal costs (here and here). Maryland election law says that campaign funds can only be used for legal issues arising from a political campaign.

The couple has also faced news reports that they owed the IRS $45,000 and that a tax lien was placed on their Reservoir Hill house.

Shortly before his swearing in as City Council president in December, Nick Mosby said the tax lien had been fully paid. Yesterday Bolden declined to confirm that the lien has been paid, saying only that the matter “is being taken care of.”