Artists who live and work in the Area 405 building in Greenmount West were stunned when they learned that the building was being listed for sale.

There had been rumors that the owners of 405-417 East Oliver Street were looking to offload the one-time brewery amid intense real estate pressure with Penn Station’s redevelopment taking off nearby.

Still, longtime arts writer Cara Ober (in a lengthy article published in her BmoreArt magazine) considered the news “tragic for me and Baltimore” and especially upsetting because of the way she and scores of other tenants of the beloved arts hub found out:

They had been told nothing by the building’s owners, 3 Square Feet LLC, but instead read about it in a Baltimore Business Journal piece that announced that Area 405 was now being pitched as “Oliver Street Lofts” with “30-foot ceilings and large windows with vistas of the city.”

Ober’s piece is worth reading in part because it includes interviews with those at risk of being displaced, among them Abdu Ali, an award-winning avant-garde performer who has appeared at MoMa Ps1, Baltimore Museum of Art and The Kennedy Center.

“As a Black queer person living in Baltimore, there aren’t many spaces where I can do my multidisciplinary work as an artist, writer and cultural worker to create an artistic sanctuary for collaboration,” Ali told her. “There are so few spaces like this in Baltimore or across the country.” 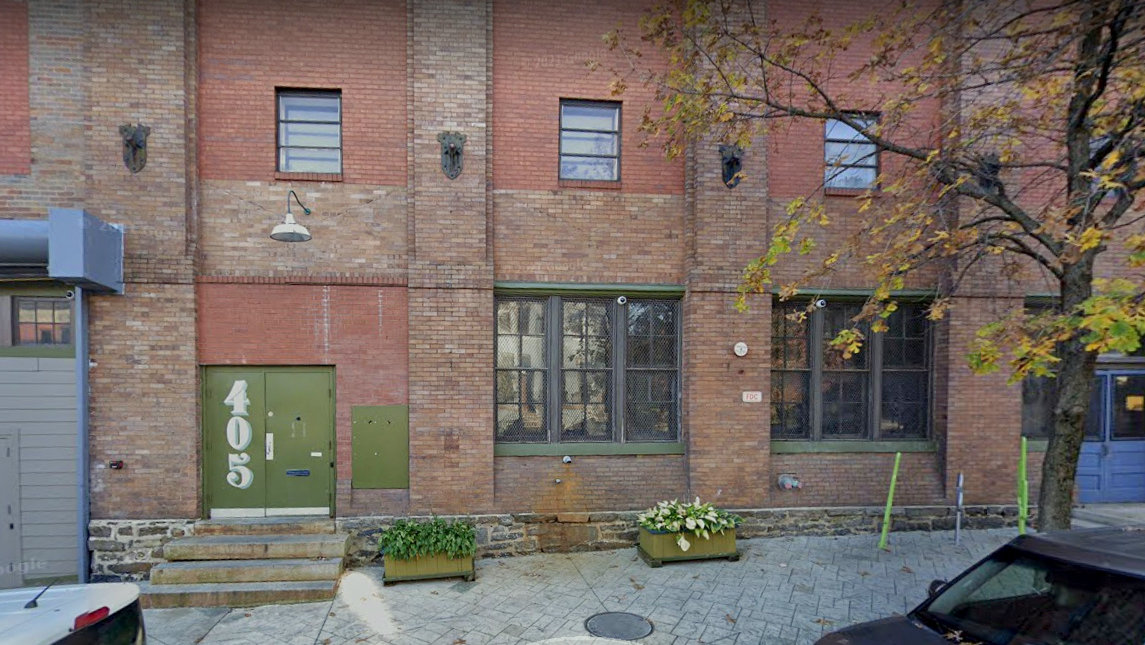 The owners of 405 East Oliver Street have put the building up for sale. (Google StreetView)

The BmoreArt piece also contributes some shoe-leather reporting, documenting the multiple nearby properties quietly snapped up by a company based in the Philadelphia suburbs, Bastogne Development Partners.

The recent history of the building, purchased by a group of artists in 2002, is well known to Ober, who has covered multiple exhibitions there over the years.

She also writes about the uncertainty the impending sale has created for the greater Greenmount West neighborhood, “a pocket of the Station North Arts and Entertainment District. . . that now includes the Baltimore Design School, City Arts 1 and 2 apartments, the Station North Tool Library, Open Works and a variety of smaller businesses and homes.”

Ober also offers a hopeful note from the Central Baltimore Partnership, which in 2018 helped the owners secure grant funds of $200,000 to complete code upgrades on the four-story, 66,580 square-foot building.

The Partnership, she writes, has been working in recent months with a local real estate developer and area foundations to buy the building and preserve it as artist’s live-work space.

That is correct, the Partnership’s executive director, Ellen Janes, confirms in an email to The Brew:

“We want to preserve both the entire 1st floor and the studios for affordable arts and arts-related use,” Janes said.