While Johnny Olszewski and other Baltimore County Democrats appear intent to “gag and shackle” their in-house corruption watchdog, their counterparts in Washington have moved to protect inspector generals from retaliation from an angry chief executive.

On June 29, all Democratic members of the House of Representatives, including the three Democrats representing Baltimore County (Kweisi Mfume, Dutch Ruppersberger and John Sarbanes), voted in favor of the IG Independence and Empowerment Act.

The legislation, opposed by nearly all House Republicans, including Maryland Rep. Andy Harris, was enacted in response to former President Donald Trump’s firing or sidelining of four inspector generals who were investigating administration figures.

Trump’s “interference in the work of our government’s independent investigative officers represented a serious attack on the rule of law,” said Maryland Democrat and House Majority Leader Steny Hoyer, who co-sponsored the bill.

Hoyer said the legislation was part of “House Democrat’s ongoing effort to renew Americans’ faith in government by ensuring the highest standards of transparency and accountability for agencies and those who serve in public office.”

Baltimore County Executive Olszewski has not fired Baltimore County’s first inspector general, Kelly Madigan, but has drafted a bill, scheduled to be introduced at tonight’s Council meeting, to place her office under the control of an oversight board. 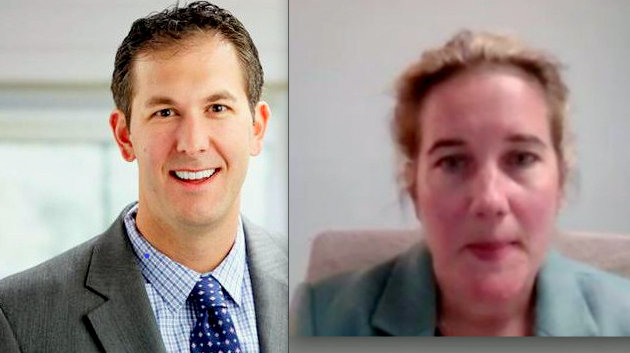 Madigan issued a report finding that McCollum made $30,000 in unauthorized purchases while director of the county Ag Center. He resigned last week as a senior advisor and deputy director in the Olszewski administration.

The proposed oversight board, consisting of appointees by Olszewski and Jones, would have the power to decide what investigations Madigan and future IGs could (and could not) open, to alter and slash the IG’s annual budget, and to remove the IG before the end of a five-year term.

The draft bill also would remove subpoena power and limit the IG’s access to many county records.

Olszewski says the legislation will clarify the role of the inspector general in county government and promote “the highest standards of ethics and accountability.”

Yesterday, the Association of Inspectors General took the unusual step of denouncing the legislation, saying in an open letter to Olszewski and Council members that the proposed board could be “weaponized” by those subject to IG investigations and used to “influence, intimidate or directly hinder. . . actions that are not to the liking of a government or its administration.”