Among those following the Poppleton controversy, a bid to stave off displacement by the last residents of a small West Baltimore neighborhood targeted for development, the news spread fast:

The developer, Daniel Bythewood Jr., was spotted this afternoon on Schroeder Street with a film crew outside of “Center West,” the two mid-rise apartment buildings that represent the only portion of the project that his La Cité company has completed since 2005.

Just a day before, a demolition contractor had shocked the neighborhood by knocking down three buildings from the 1840s on the block that residents are fighting to save.

Critics were referring to La Cité, which has promised thousands of new homes that were never built to replace the widespread demolition in Poppleton, as “a failed development.”

Would Bythewood be available to tell a different story? 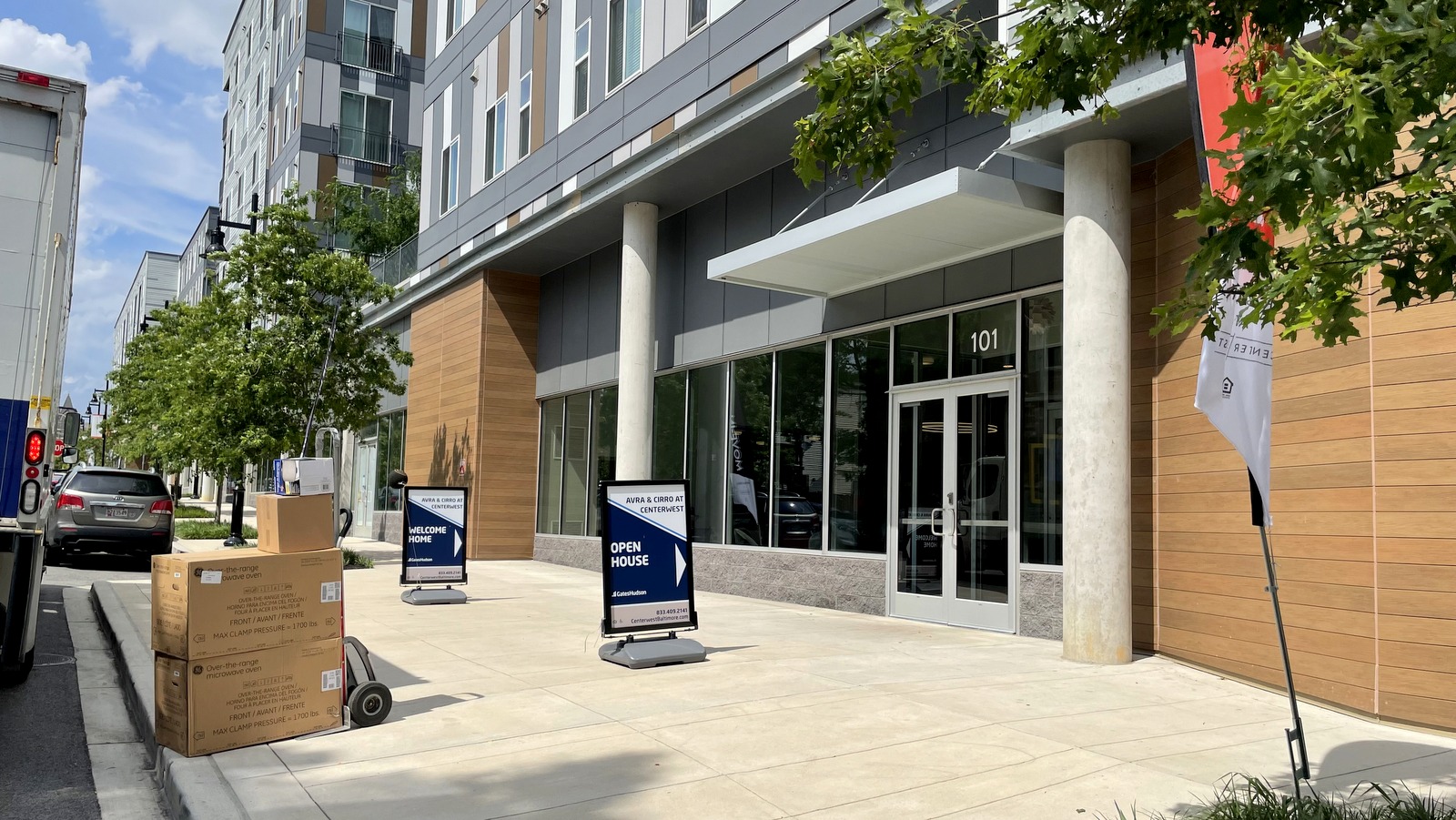 When The Brew arrived, there were black balloons at street level in front of the boxy gray building and an “Open House” sign.

Inside, a film crew was getting wide shots of the lobby. Men were wheeling in boxes of over-the-stove microwaves and heading for the elevators.

Bythewood, however, was not there.

A lobby attendant said he was upstairs and would come back down.

But after a few minutes, a person from the building’s rental office said Bythewood would not be coming down. 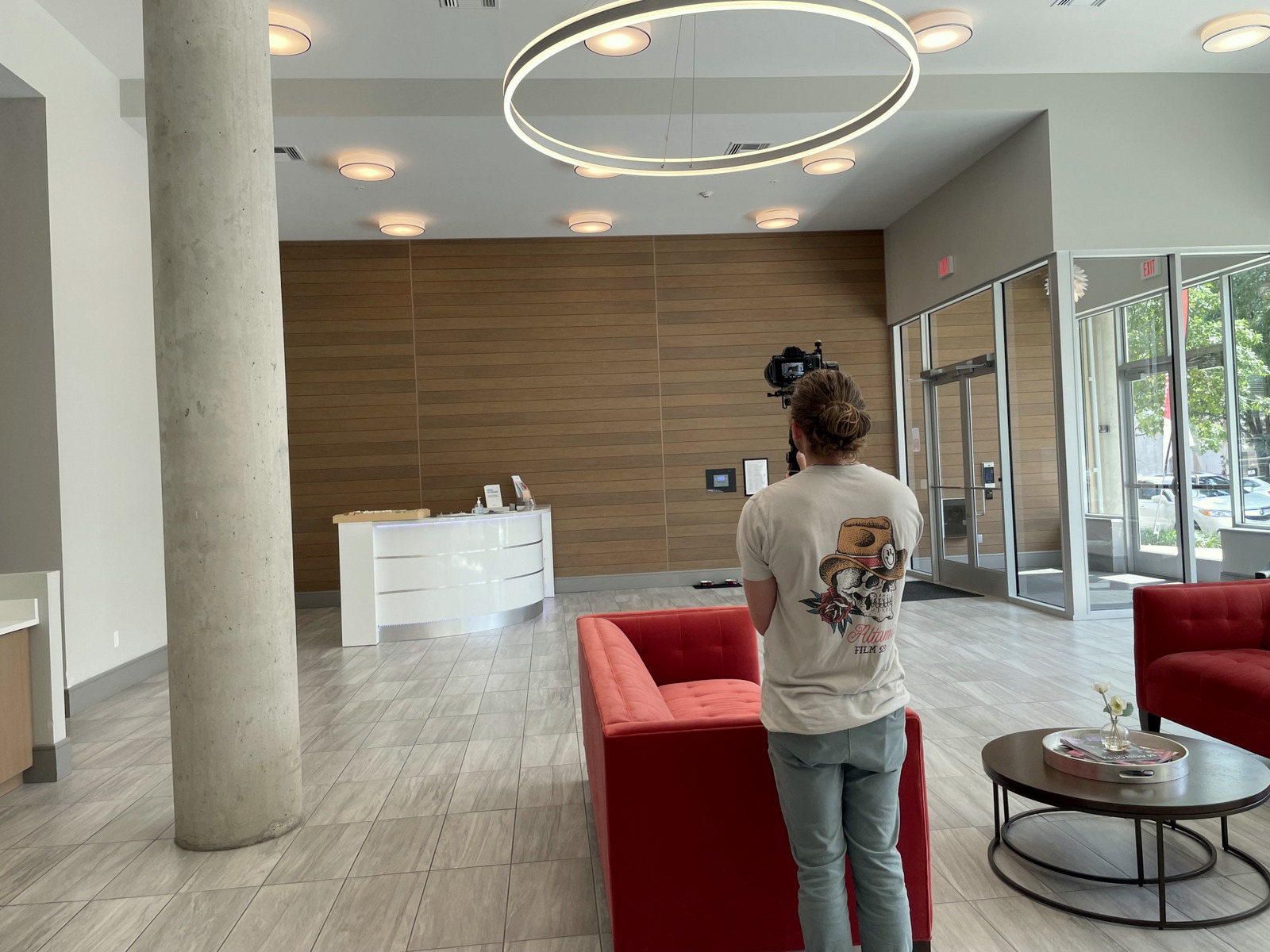 A cameraman films the lobby of one of the Center West buildings. (Fern Shen)

Why had Bythewood been outside, and why was the crew filming?

“We had a promotion going on,” said Ann B. Sullivan, regional manager for the apartment management firm, Gates Hudson.

She promised to pass along contact information to Bythewood. Asked if  the developer lives in the building, she said that he “lives here in the neighborhood, but I don’t want to give out any information.”

Sullivan declined to speak further, saying her company has “a no-comment policy.”

As for what the crew was up to, that remains unclear.

Nicole King, a member of Organize Poppleton, said city officials are trying to get residents to come to a meeting with Bythewood. King said the group is pushing back, arguing it is more appropriate for the residents to meet with the city.

“It’s not these people’s job to deal with a developer they never asked the city to bring in years ago,” she said. “The city should sit down with the residents alone. The city is who’s responsible here.” 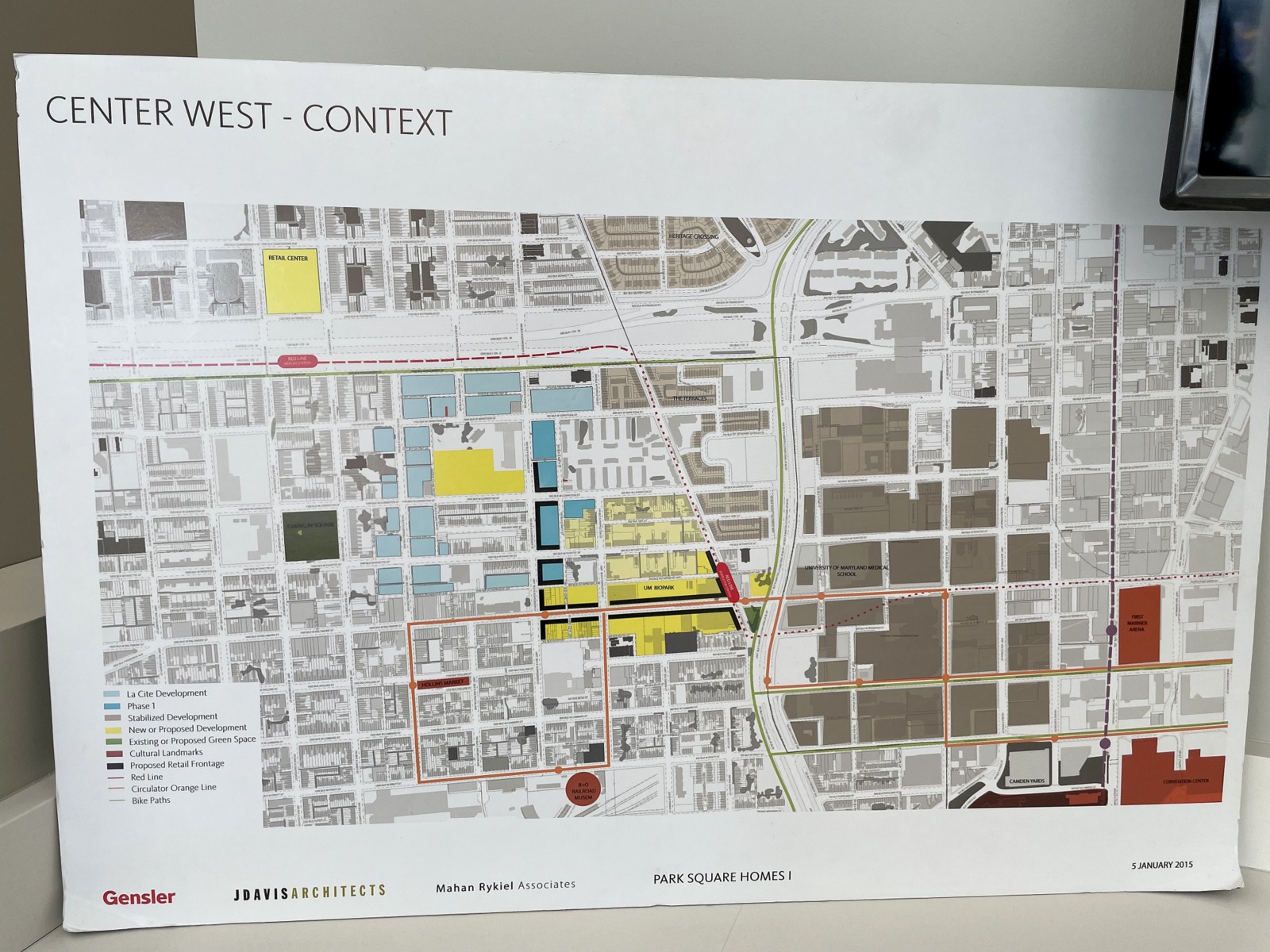 Standing in the apartment lobby is a map of the mostly vacant and unfinished Poppleton redevelopment project. (Fern Shen)