On a festival-packed weekend in Baltimore, a maskless Brandon Scott, who today tested positive for Covid, came into contact with scores of residents and quite a few fellow officeholders.

On Sunday, however, he was an enthusiastic participant in the Parade of Latino Nations, marching through Highlandtown surrounded by staff and some small children, waving the flags of Panama and Peru.

The parade was held in conjunction with Fiesta Baltimore, which attracted thousands more to Patterson Park on a hot, blue-sky afternoon.

In addition to his own staff, which included his director of immigrant affairs, Catalina Rodriguez-Lima, Scott was photographed outdoors with City Council members Zeke Cohen, Mark Conway and Odette Ramos and Council President Nick Mosby.

Nobody was wearing masks.

NOTE: Effective August 9, the Baltimore Health Department reimposed the requirement that masks be wore while indoors in all public spaces. Outdoor mask wearing remains optional in Baltimore, although “we encourage residents to keep masks on their person (in a bag, purse, on their sleeve) in case they go into a retail establishment, where masks are required,” says Health Commissioner Letitia Dzirasa. 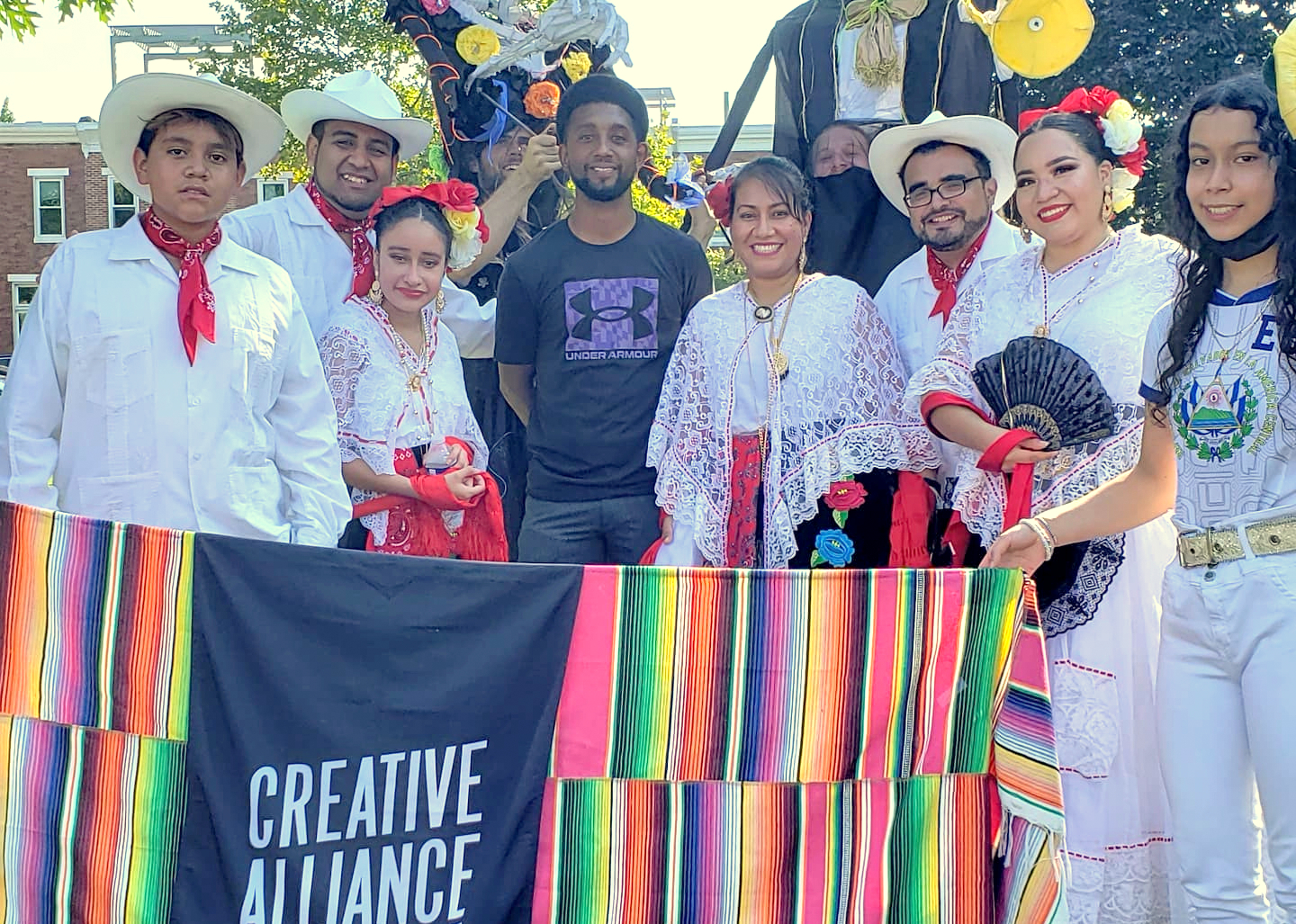 Mayor Scott with other parade celebrants on Sunday. (Twitter)

After news broke today of Scott’s positive test for Covid, Ramos said she was given guidance about how to react if she had spent more than 15 minutes with the mayor while less than six feet apart.

“The guidance was, if fully vaccinated, which I am, get tested three-to-five days after exposure unless feeling symptoms,” she said tonight.

Although she is feeling fine, she said that she is “getting tested tomorrow out of an abundance of caution.”

Because her daughter is not old enough to get vaccinated, Ramos said that she was tested immediately today. “We are not sending her to school until she gets her results, hopefully tomorrow.”

Saying they, too, are fully vaccinated, Conway and Cohen are following a similar regimen. “The councilman is getting tested and will be adhering to all applicable CDC guidance,” said Conway’s spokesman, David Pontious.

Cohen said, “I was with Mayor Scott at the Parade of Nations. I just tested negative. I will follow all of the CDC recommended Covid protocols and retest after a few days.”

Mosby’s office did not respond.

On Saturday, Scott’s official schedule included attendance at the opening of the St. Francis Neighborhood Center in Reservoir Hill and participation in the groundbreaking for the rehab of three vacant houses in Harlem Park.

During the Harlem Park event, Scott was photographed next to Parity Homes founder Bree Jones and state Delegate Marlon Amprey. Also pictured was state Senator Antonio Hayes. All were maskless. 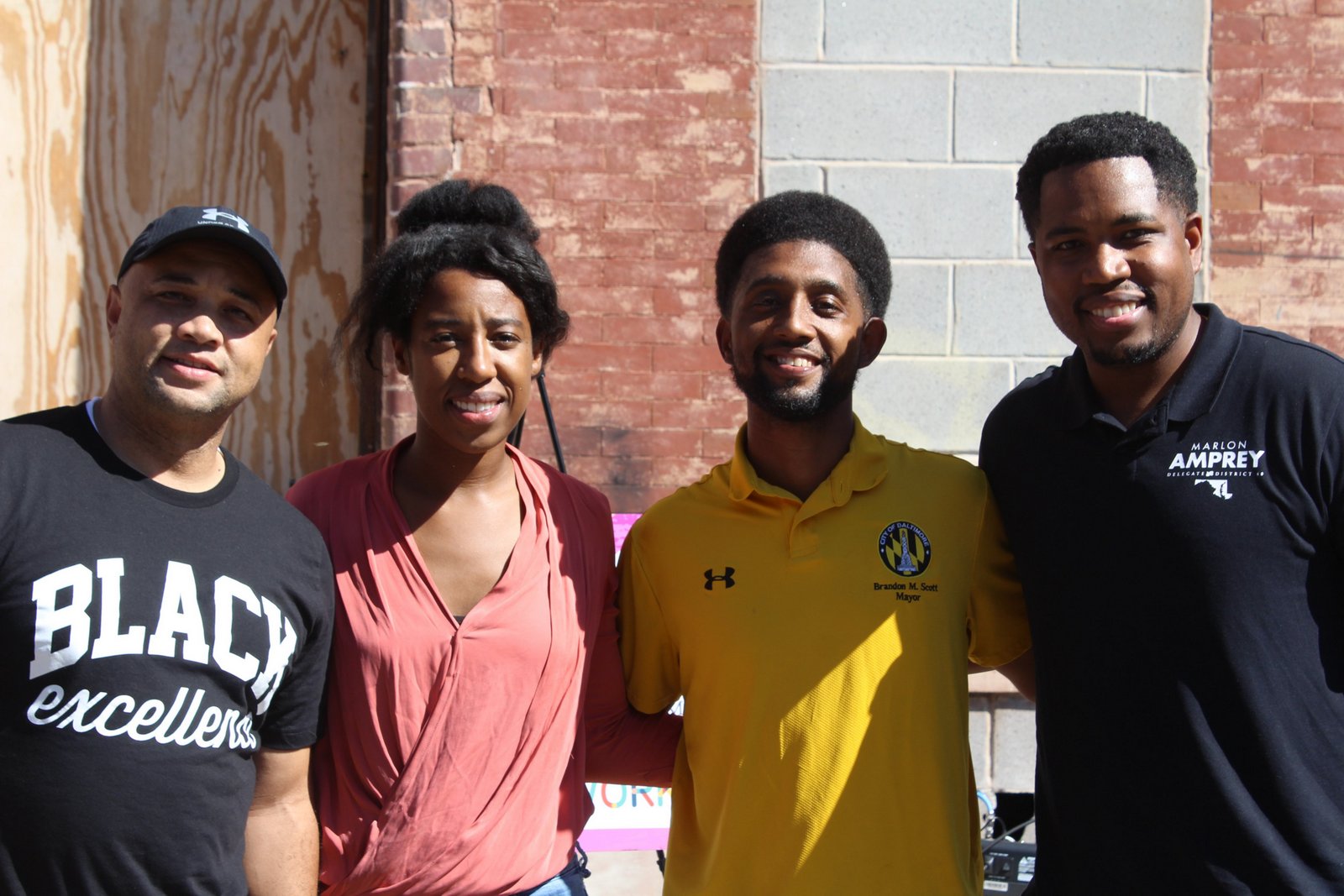 After Scott predicted to the audience that the groundbreaking “is going to be a part of making this a Black middle-class, working-class neighborhood once again,” a ceremonial tree was planted.

A half-dozen residents carefully lifted the trees from its bundle as their neighbors looked on.

Most of them had on masks. 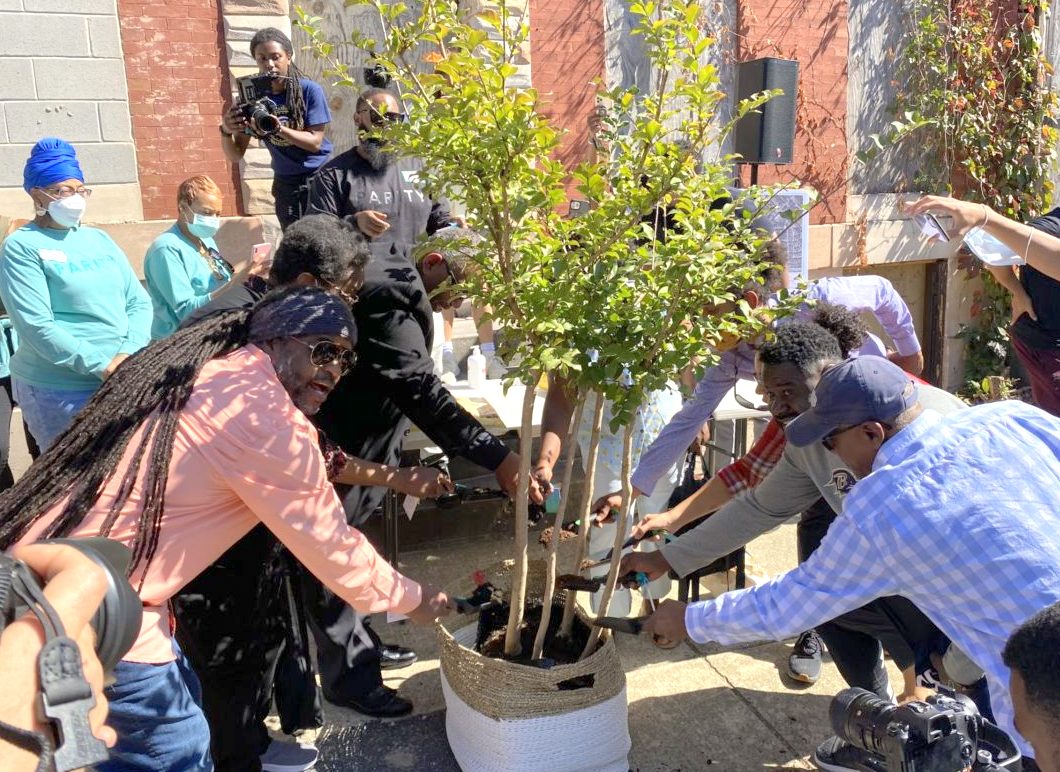 Residents in masks watch as a tree is planted in Harlem Park on Saturday. (technical.lybaltimore)

• Fern Shen contributed to this story.