Baltimore’s City Hall remains closed to the public, but four housing advocates today entered the building to get a message to those controlling how hundreds of millions of Covid-19 relief dollars from Washington will be spent in the city.

The men delivered a letter to Mayor Brandon Scott in support of six projects for which the Mayor’s Office of Homeless Services (MOHS) is seeking a piece of the $641 million set aside for Baltimore as part of President Biden’s American Rescue Plan Act (ARPA).

The historic windfall, they say, offers the city the opportunity to finally put its money where its mouth is.

“We’ve had the Ten-Year Plan and the Five-Year Plan, and still we are at the same place regarding the lack of affordable housing and lack of services that will drive people out of homelessness,” Anthony Williams, of Housing Our Neighbors, said as the group prepared to enter.

“These plans never actually have money attached,” he pointed out.

The six projects include a homelessness diversion program for families and funds for the purchase of hotels to create “permanent non–congregate interim and emergency housing for people experiencing homelessness.” (See full list below.)

“These are projects that will literally save lives,” said Mark Council, Housing Our Neighbors lead organizer.

The situation is urgent, Williams said, because the city is in the process of ending its program of housing hundreds of people in area hotels amid the Covid pandemic using funding from FEMA.

“These are projects that will literally save lives”  – Mark Council, Housing Our Neighbors.

Advocates have been seeking assurances that the “demobilization process,” as city officials call the wind-down, will not put people back on the street or in shelters where they are at risk of catching Covid.

“We are not going back to the shelters!” Williams and the others stressed, chanting briefly.

The letter they presented to the police officer stationed inside City Hall’s front door was addressed to Scott and Shamiah Kerney, director of the Mayor’s Office of Recovery Programs that oversees proposals and distribution of the funds.

It was signed by Health Care for the Homeless, Homeless Persons Representation Project, Charm City Care Connection, JHU Sit-in, Ujiima People’s Party and a number of other organizations.

“This is historic, once-in-a-lifetime funding provided through ARPA that, if used properly, could have a positive generational impact on our city.” the letter said. 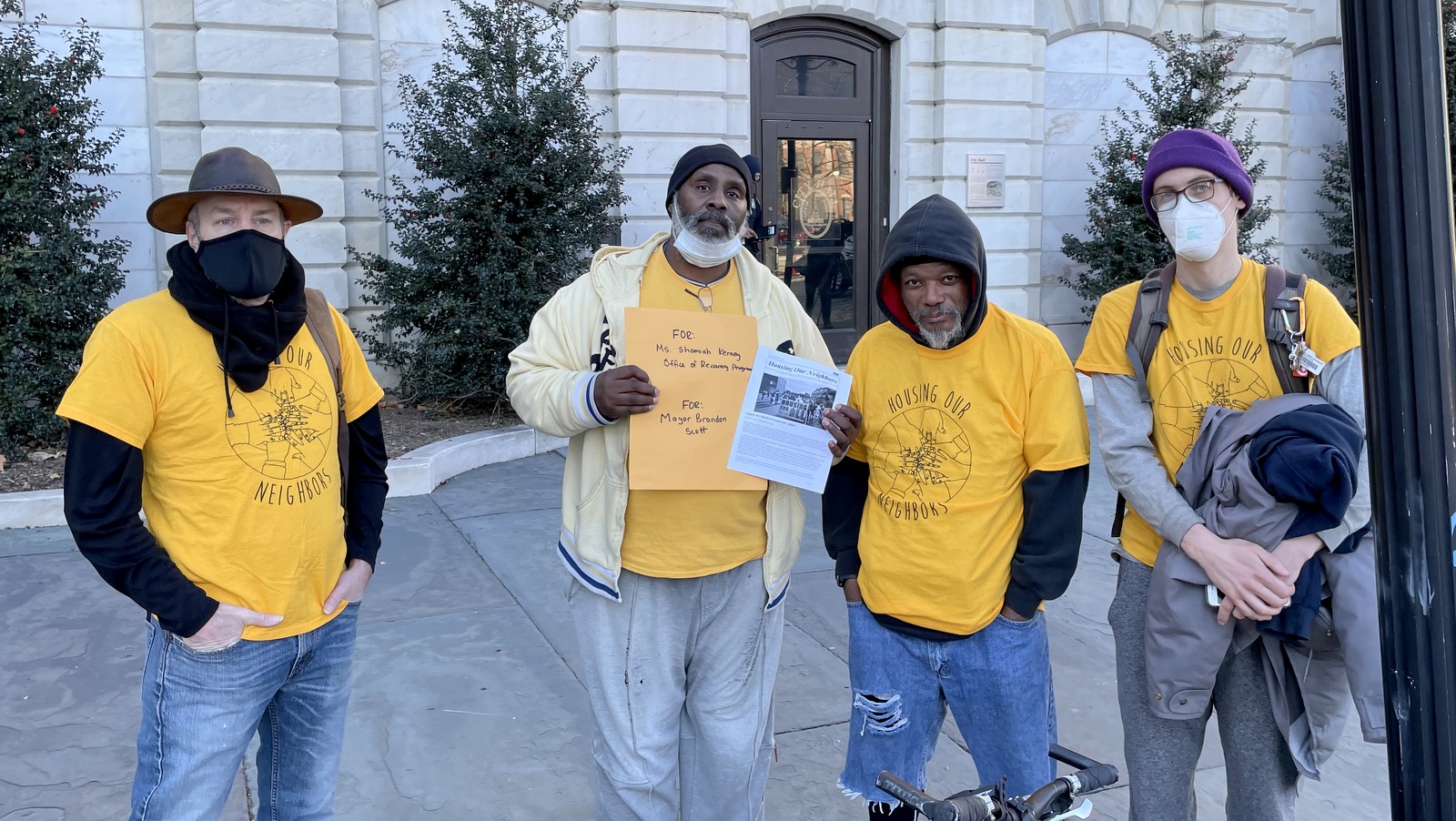 Housing advocates are one of many groups seeking funding they say has the potential for transformational change.

Nonprofits, city departments and quasi-governmental agencies from across Baltimore are vying for ARPA money that must be committed by 2024 and fully spent by 2026.

Scott and Chief Administrative Officer Chris Shorter, along with Chief Recovery Officer Kerney, held a telephone town hall earlier this week to provide an update on the process.

“We are going to make sure that every single dollar is correctly distributed, but also correctly spent and accounted for.” Shorter said, lauding the mayor’s recovery office as “a national example.”

Scott ran through the list of allocations that have been already made for the funding, which was announced by Biden last March. These include $80 million for the city’s Covid health response, $50 million to reduce gun violence, and $35 million for broadband and digital equity.

Noting that her office has so far received 500 proposals, Kerney said applications from nonprofit organizations are now closed, but that city agencies and quasi-public agencies have until  March 31 to get their applications in.

Responding to questions from The Brew about the approaching end of the FEMA-funded hotel stays, Homeless Services Director Irene Agustin said her agency is focused on finding other housing for those who must leave.

“All efforts are being made to ensure that no one is returned to homelessness.” she said in an emailed statement.

“Intense housing case-conferencing is being employed to move residents to appropriate and long-term housing stability as quickly as possible.”

Williams and other advocates from HON criticized the city for beginning to empty out the hotels before the deadline, leaving rooms empty that could be used to provide continued shelter.

“We ensured that moves into stable housing could be prioritized and transfers to other shelters [made] for those who will not be housed by the handover date,” she said. “A strategic wind-down helps ensure that no one has to exit the hotel to homelessness and that planning can be intentional and strategic.”

“All efforts are being made to ensure that no one is returned to homelessness”  – Irene Agustin, Baltimore’s homeless services director.

At the same time that residents are being moved out of the Knights Inn and Days Inn on Security Blvd. and the Holiday Inn Express on Gay Street, officials say, two other hotels (the Fairfield Inn on President Street and the Holiday Inn on Russell Street) will continue to be used as non-congregate shelters until the city is able to purchase permanent non-congregate shelter space.

The Greenspring Men’s Shelter is being closed, and residents moved to the Holiday Inn. And the Weinberg Housing and Resource Center on the Fallsway will reopen its doors in March.

Williams questioned the continuing use of congregate shelters amid the pandemic. Agustin said the Weinberg facility will be operating at one-third capacity. 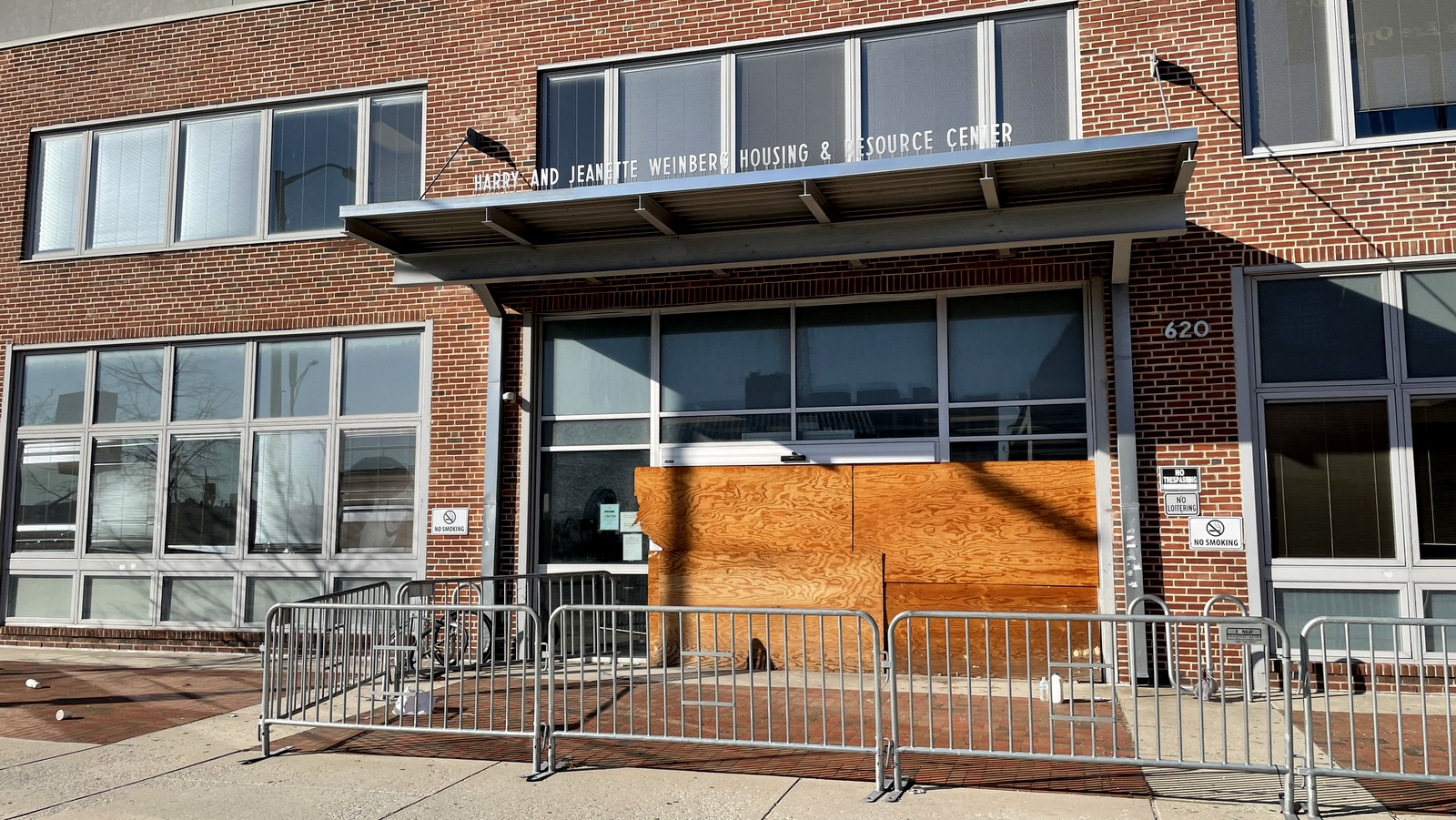 Closed amid the Covid-19 pandemic, the city’s Harry and Jeanette Weinberg Housing and Resource Center is scheduled to re-open next month. (Fern Shen)

Williams said residents and advocates have been complaining to Agustin’s office about conditions at the hotel where women have been housed.

There was a rape, women have been assaulted and abused, residents are not allowed to close their doors, and the guards are having sex with each other and residents, Williams and the others said.

“Women absolutely don’t feel safe there,” according to Williams.

Asked about their allegations, Agustin said, “When issues are raised to MOHS, they are investigated and referred appropriately to other agencies and law enforcement as needed.”

Her written statement continued, “MOHS does not comment on specific clients, but we take any allegations and their resolution seriously. ”

“We’ve been raising these issues for a while,” Council said. “I hope when the public hears about what’s going on, something will finally be done about it.” 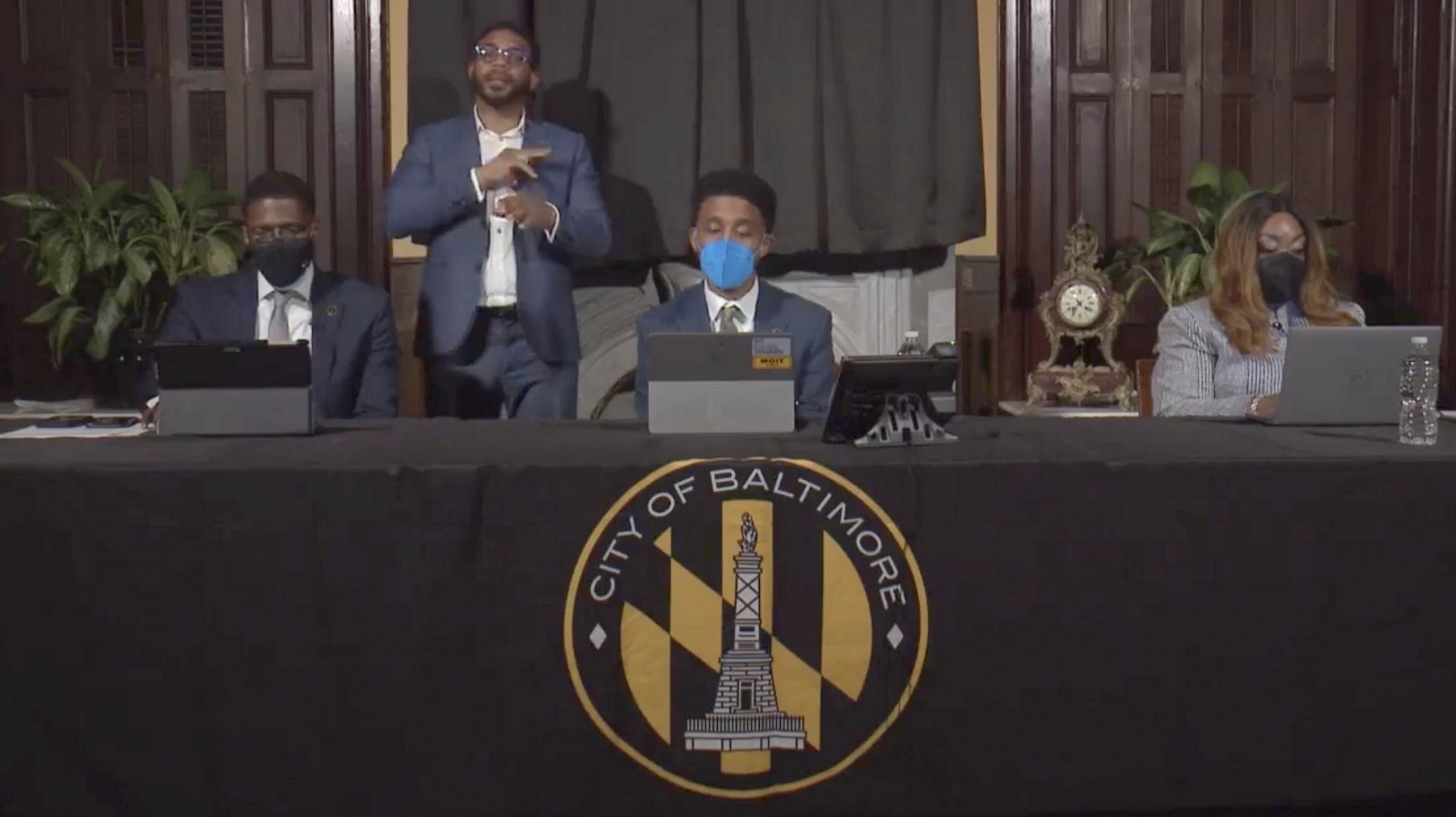 Advocates said the total cost of fully funding the projects for which the city has requested ARPA funds would be $126 million.

MOHS spokeswoman Kayana Underwood said she could not verify that figure at present because “the proposals are in review with the Office of Recovery Programs and will lead to active procurements.” 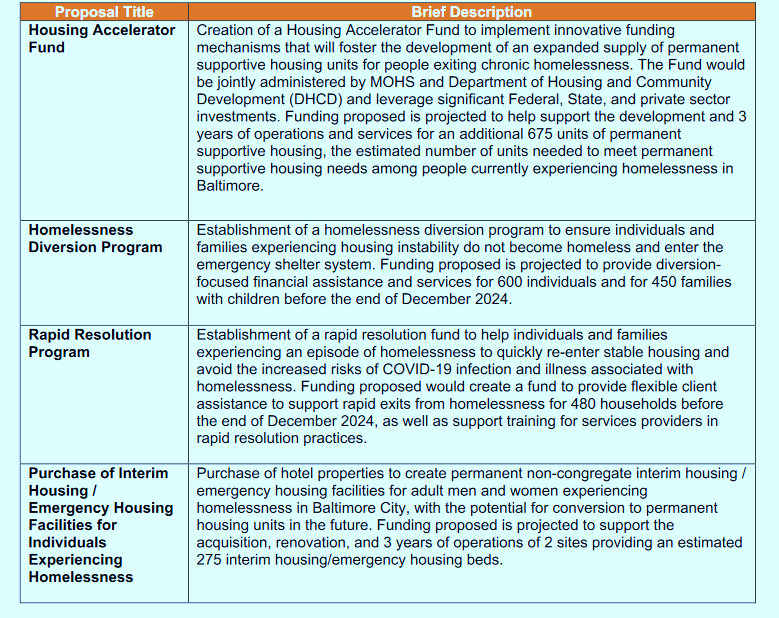 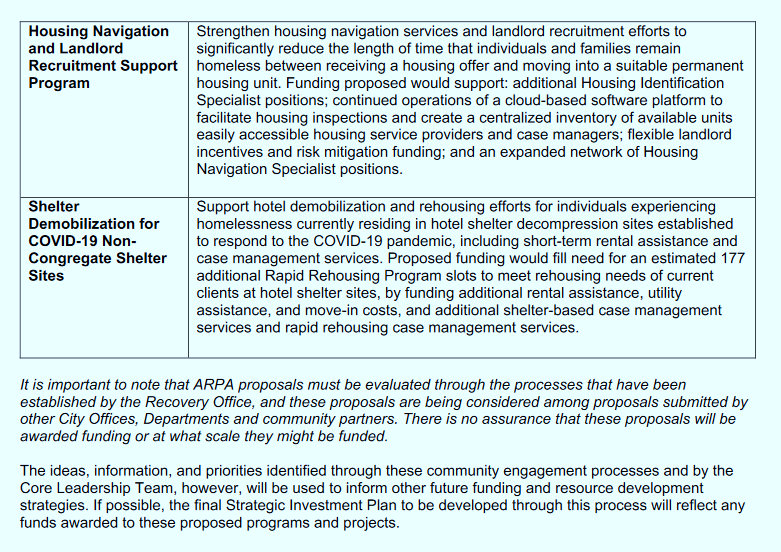