As Marilyn Mosby’s trial date gets pushed back to September, Baltimore’s federally indicted state’s attorney is beefing up her legal team with a highly regarded local lawyer.

Just what Proctor’s role will be in Mosby’s defense remains unclear.

So far, D.C.-based attorney A. Scott Bolden has led Mosby’s team of five lawyers and spoken forcefully to the media – proclaiming his client’s innocence, her grievances against allegedly biased prosecutors and her demand for a speedy trial.

Asked what his responsibilities will be, Proctor has not responded to calls from The Brew. Bolden, of the firm Reed Smith LLP, also has not replied.

Proctor represented one of the six Baltimore officers Mosby charged in connection with Freddie Gray’s 2015 death in police custody.

Regardless of how Proctor figures in Mosby’s defense, he will be a somewhat ironic presence as part of her team.

In one of Proctor’s best known cases, he was on the opposite side from Mosby’s office as it prosecuted the case for which she is most famous.

After two weeks of testimony, the jury was unable to reach a verdict and the judge declared a mistrial.

Proctor and co-counsel Joseph Murtha defended Porter, who had been charged with involuntary manslaughter, second-degree assault, misconduct in office and reckless endangerment. 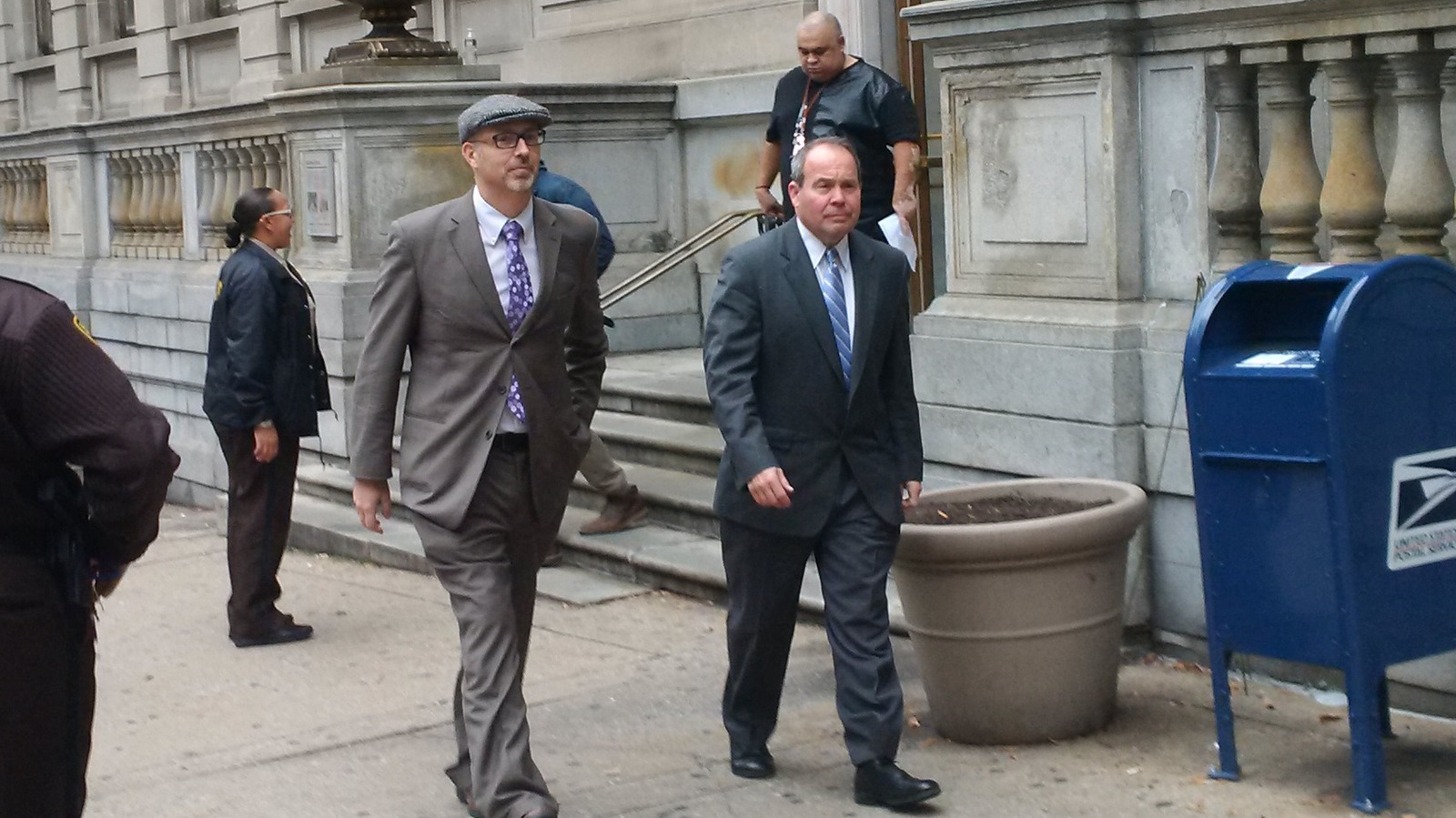 Her trial had been scheduled for May 2.

The two-term incumbent has not formally filed for re-election (she has until April 15 to do so), but she has been raising money and encouraging supporters.

Today’s amended scheduling order by U.S. District Judge Lydia Kay Griggsby came after a request by Mosby on Friday to move the trial back.

This was an about face for the defiant Mosby, who repeatedly demanded that she receive a speedy trial earlier this year.

“Put this on trial right now, so I can prove my innocence,” Mosby said February 1 on the Joy Reid Show on MSNBC. “Let’s get to the election because I know that’s what this is all about.”

She and Bolden repeated that demand on multiple occasions, as did Mosby’s husband, City Council President Nick Mosby.

“My wife . . . has asked for a very speedy trial, right? Most people don’t do that, right?” Mosby said, to a Fox 45 reporter last month. “She’s saying try me as soon as possible.”

Then Winning a Delay

In walking back their position on scheduling, Mosby’s defense attorneys said there was uncertainty about whether the feds would call expert witnesses.

They also said they needed more time to go over new evidence presented by prosecutors.

(The prosecutors revealed in court filings last month that they have recorded calls between Marilyn Mosby and the company that manages Baltimore employees’ retirement accounts.)

In their response, prosecutors said the evidence to be presented is mostly Mosby’s own financial records and that she has no valid excuse for seeking a delay.

Griggsby, whose scheduling order came after a teleconference today between the two sides, said she was granting the delay request “for good cause shown.”

The teleconference was conducted privately between the judge and the attorneys involved.

Under the pre-trial schedule laid out by Griggsby, Mosby’s lawyers are still due to come to court on April 14 to make their case for why the charges should be dismissed.

In lengthy court documents filed in February, her lawyers argued that she is an innocent spouse, brought down by her husband’s errors and untruthfulness about their tax liabilities and targeted by vindictive prosecutors and others who harbor “racial, political and personal animus” toward her.
______________

The text of Griggsby’s order today: 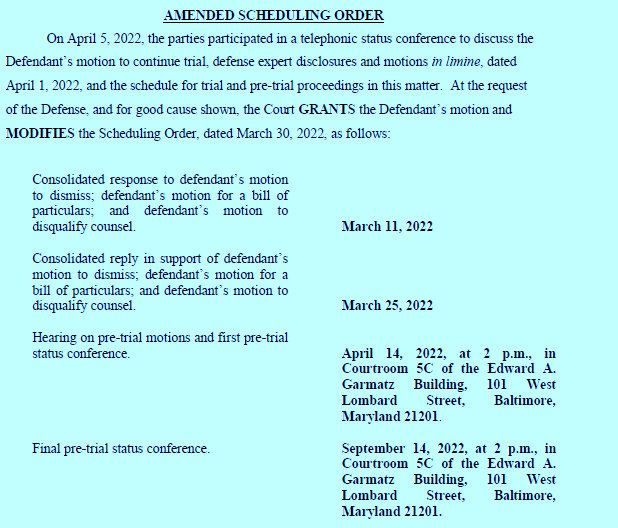 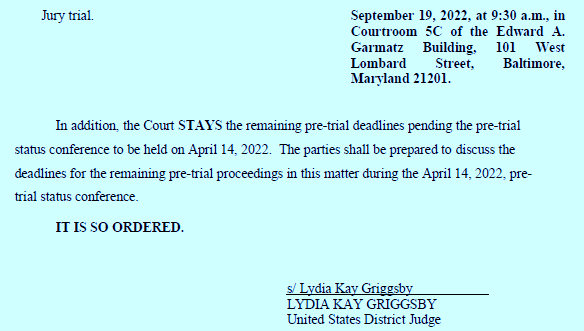