Robert R. Stokes, Baltimore’s Eastside councilman, is buying two vacant rowhouses from the city at 44% below their appraised value.

The deal between the 12th District lawmaker and the Department of Housing and Community Development (HCD) will come before the Board of Estimates for formal approval on Wednesday.

The adjoining buildings, in the 1800 block of North Broadway just south of North Avenue, are battered remnants of two decades of city ownership.

One is just a shell, with no roof and a missing third floor, while the other sprouts a mature tree growing from its rear foundation.

Next door to the roofless house is a fully renovated residence. And a few doors down, another rowhouse sold for $283,000 last month.

Stokes sees a promising future in an area where he has served as councilman since 2016. He currently rents a house nearby on Preston Street and has watched the Great Blacks in Wax Museum rebuild and expand on North Avenue. 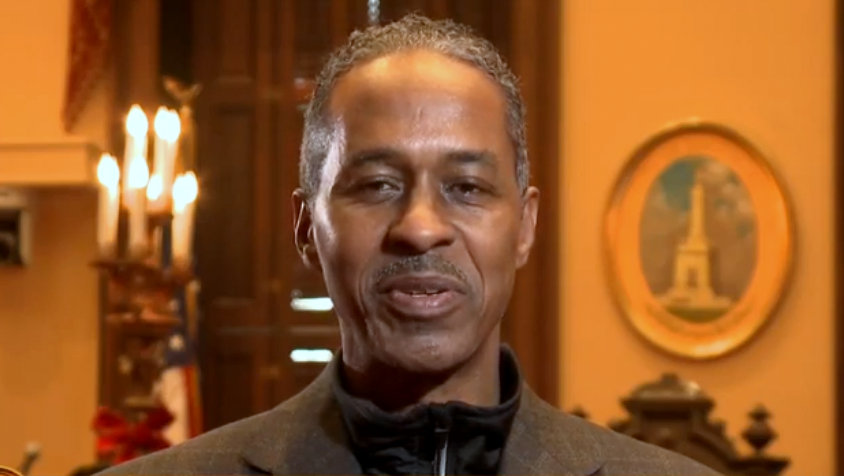 Councilman Robert Stokes in 2020 when he was elected to a second term. BELOW: Rear view of the properties under sale to the lawmaker. (Fern Shen) 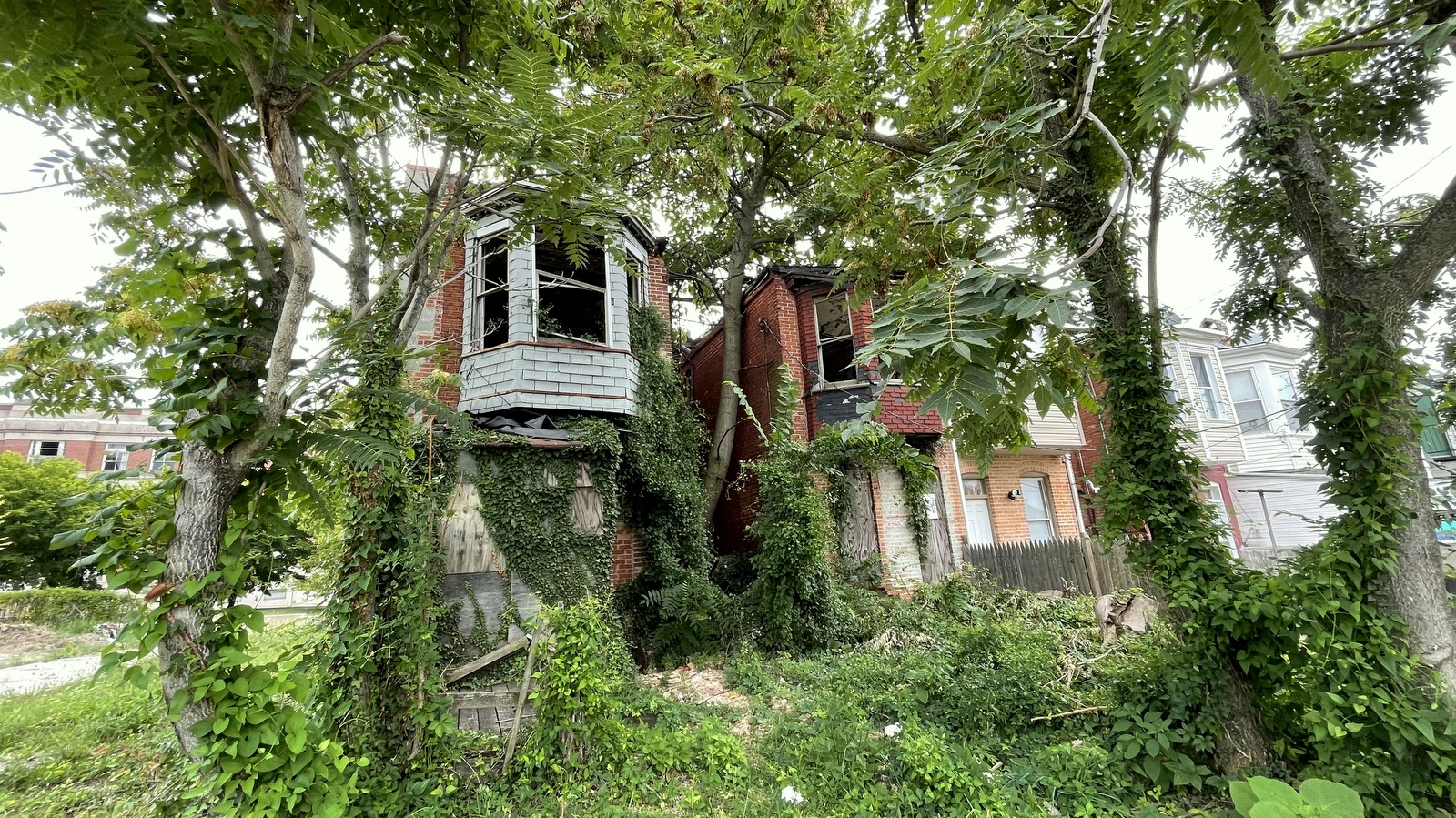 In HCD documents reviewed by The Brew, Stokes, who earned $76,000 last year and reports no other income, said he plans to invest $200,000 in each property.

He said he will sell one building for “an estimated $300,000” to a homeowner and retain the other as his residence.

Stokes first approached the city “through the normal application processes,” offering $1,000 for each building.

Following its standard practice, HCD did an appraisal, and Wesley A. Barkley & Associates came up with a total price of $32,000 – $13,000 for the roofless house and $19,000 for its partner – based on their condition and nearby comparables.

HCD said that by offering the properties for $9,000 each, or 56% of the appraisal, the sale would “serve a specific benefit to the immediate community” by helping to “eliminate blight and return the properties to the city’s tax rolls.” The deal was approved last month by Housing Commissioner Alice Kennedy.

Oftentimes, the city sells vacant properties at a discount under the “community benefit” rationale, but rarely at this sharp of a markdown.

The city often sells vacant properties at a discount, but rarely at such a steep markdown.

This week, for example, the BOE will approve two other vacant house sales to private investors who promise to return the properties to productive use.

Stokes did not respond to multiple emails to his office and personal account.

HCD said it contacted Jeffrey Hochstetler, director of the Board of Ethics, who said the sale did not present a conflict of interest under the city’s ethics code. 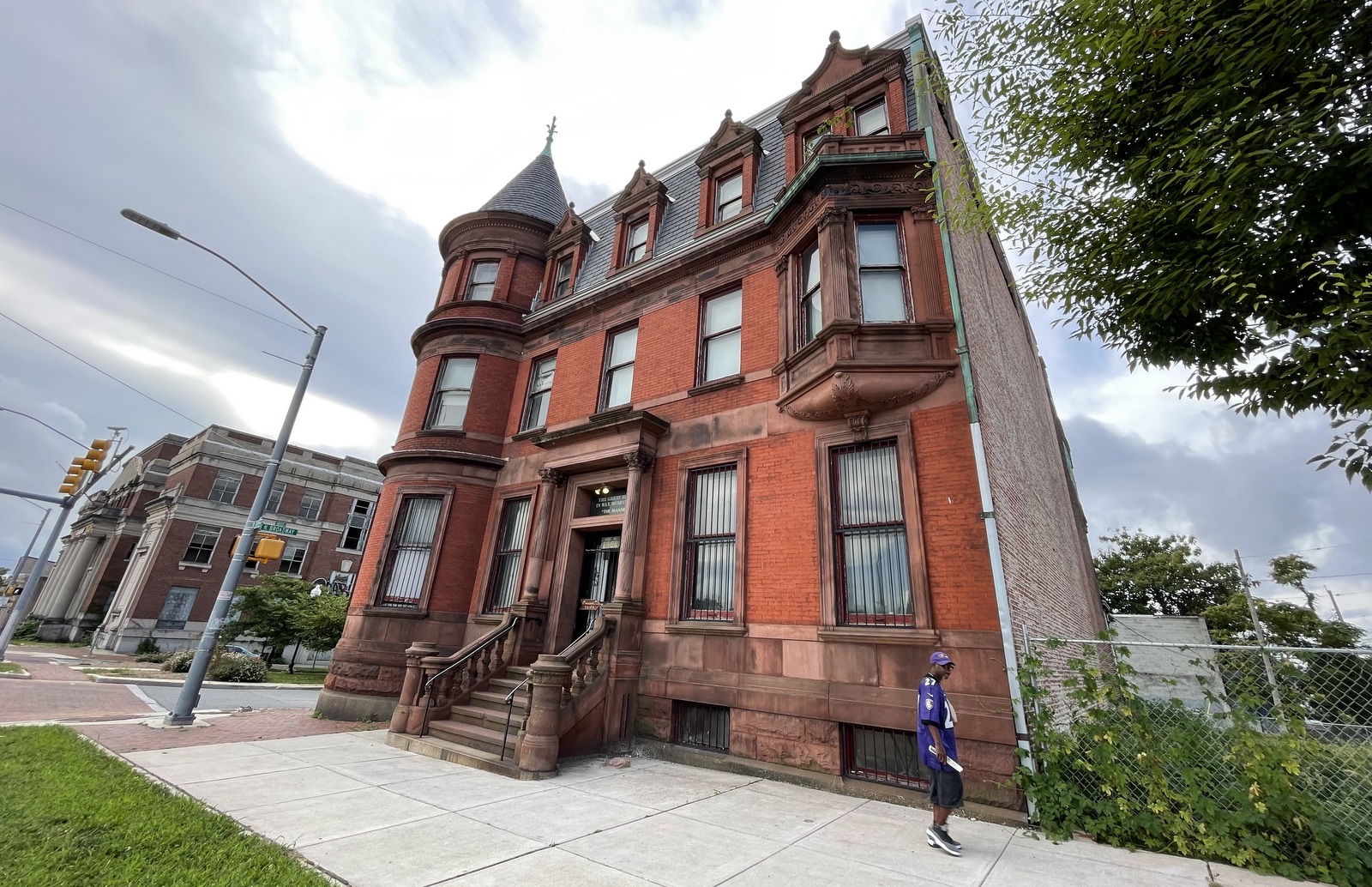 The Great Blacks in Wax property under planned expansion around the corner from the vacants under sale to the councilman. Fern Shen)

In discussions with the housing department, Stokes agreed to start reconstruction within 90 days of receipt of the property deeds, and said work would be completed within  a year.

He said he would use private loans and cash to finance the purchase and rehab, and agreed not to seek city funds or other public “incentives for purchase or rehabilitation.”

The agreement also calls on him to occupy one of the buildings as a primary residence for at least two years. 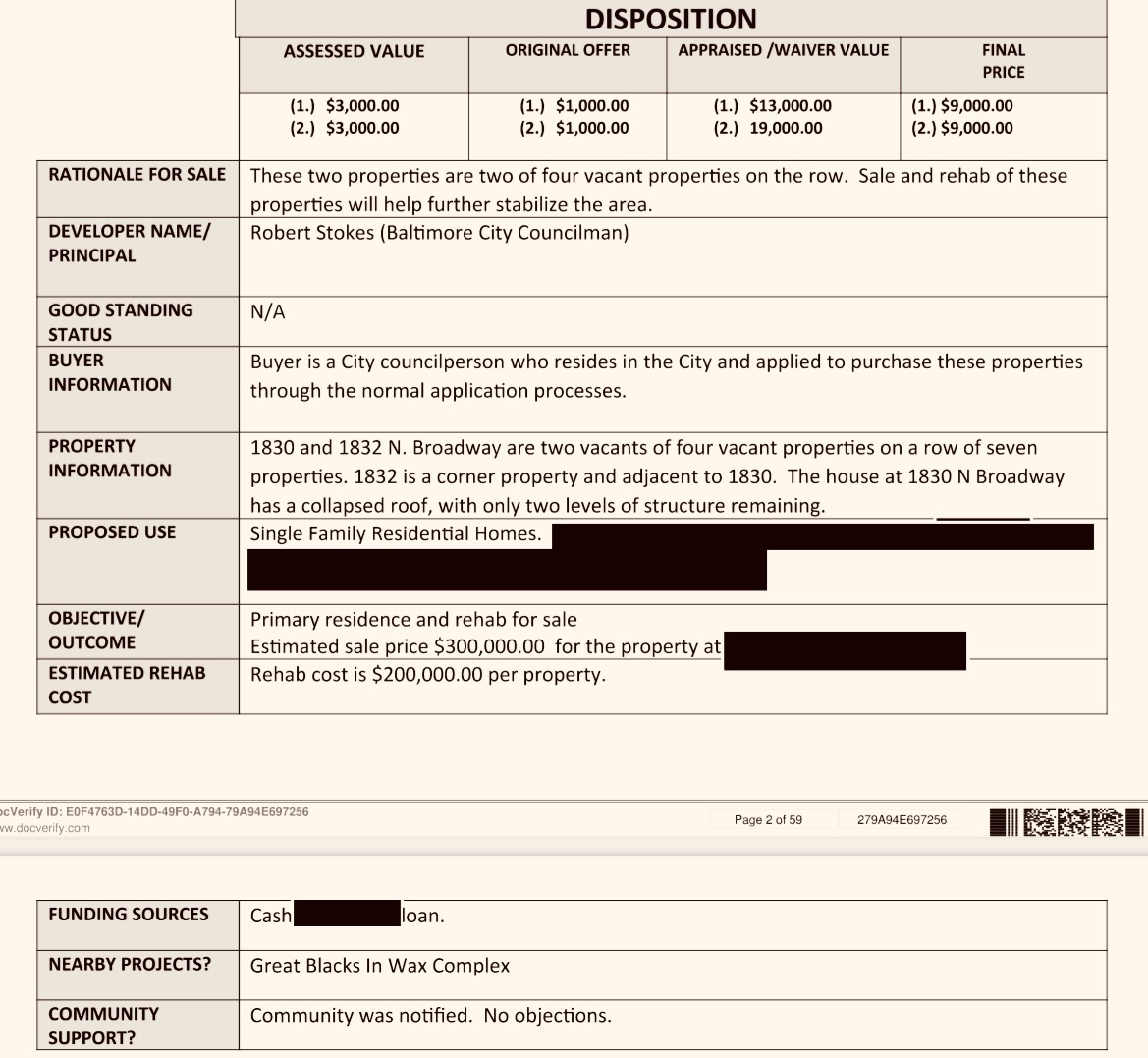 Land transaction summary sheet for properties to be purchased by Robert Stokes. (HCD)

With this purchase, Stokes will be the only City Council member directly involved in local property development, according to disclosure statements filed by lawmakers.

Nick Mosby, president of the City Council, co-owns a rental unit on Fulton Avenue, but says the property is managed by his partner, Ronald Rock.

Before entering elective office, Mosby and his wife’s parents purchased a city-owned house in Reservoir Hill at a discount.

Across Broadway from Stokes’ prospective new  quarters, the Gompers School is still standing.

Once the home of Eastern High School, the landmark building is in deplorable shape, with windows boarded-up, broken or missing and graffiti marring the walls.

Yesterday Corey Gillie was riding by on a bicycle and paused to comment on the derelict building, the site of a failed affordable apartment conversion that’s been vacant and in the hands of the Baltimore Development Corp. (BDC) since 1997.

“Man, I wish I could fix this up,” said Gillie, who lives in the 1700 block of North Broadway.

“My parents went to school here. Look at it now – terrible! The city ought to do something about that.” 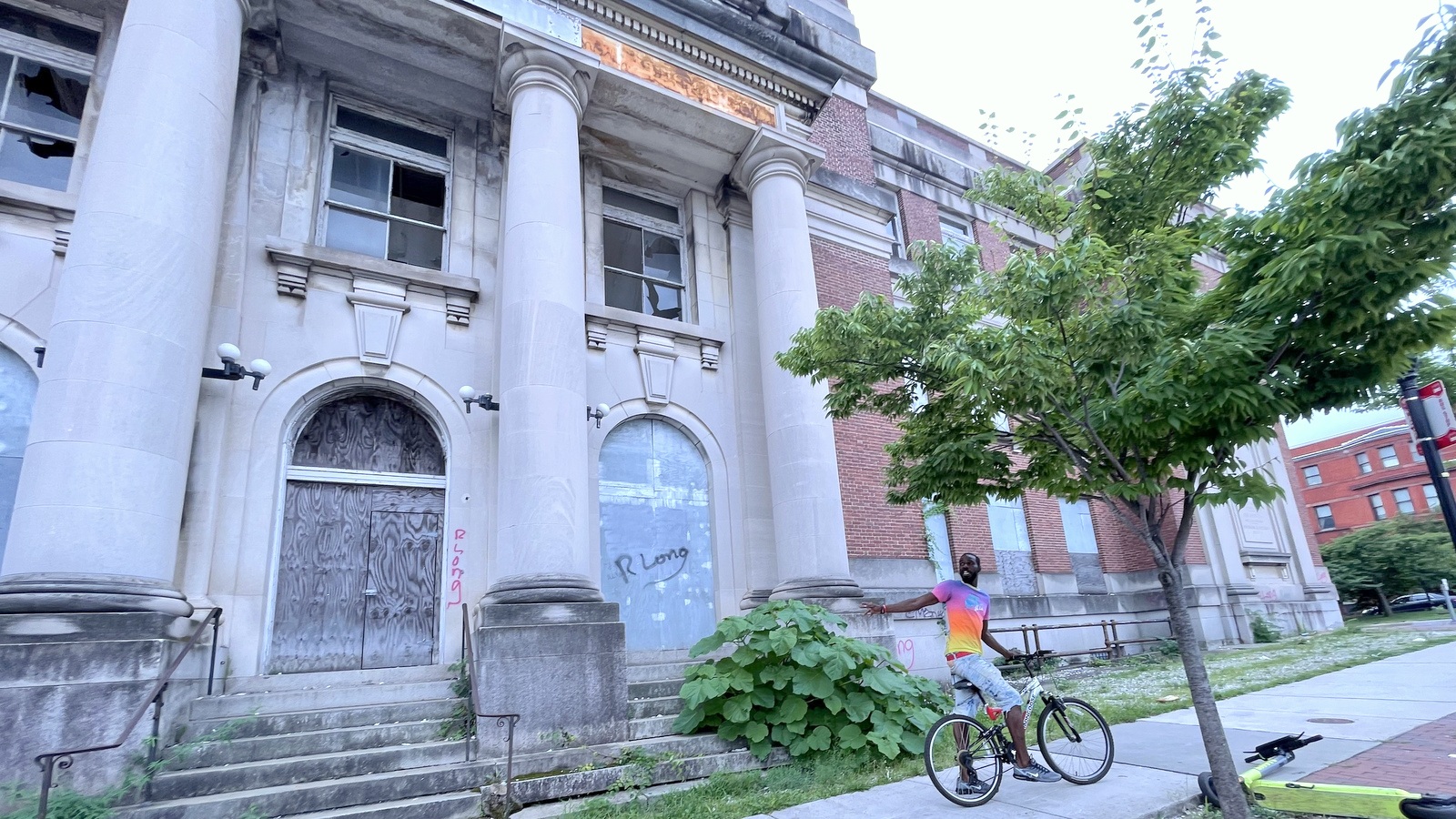 Corey Gillie outside the crumbling Gompers School building on the east side of Broadway and North Avenue. (Fern Shen)