The new portal, hosted by Paymentus Holdings, will offer more payment options (including Amazon Pay, Google Pay, Apple Pay, PayPal and Venmo), more security, and more services (such as text messages when a bill is issued).

Payments scheduled after this Friday will no longer be processed on the current portal, and customers with recurring or future bills will need to switch to the new portal, a press release from the mayor’s office said today.

Last March, the Scott administration picked Paymentus to take over from longtime provider, ACI Payments, in a move that raised a protest from City Council President Nick Mosby, who said the new vendor should have gone through a competitive bidding process.

Awarding $97,000 to Paymentus to integrate its software into the city’s system, the administration signed an agreement with the Redmond, Wash., company, which Mosby estimated would net it about $10 million in service fees over the seven-year life of the contract.

Paymentus will charge $2.39 for water bills paid by credit card or instant payment network (for example, PayPal, Venmo) and 2.39% of other bills and payments it services.

Paymentus does not charge for payments by electronic check (ACH)/bank draft. 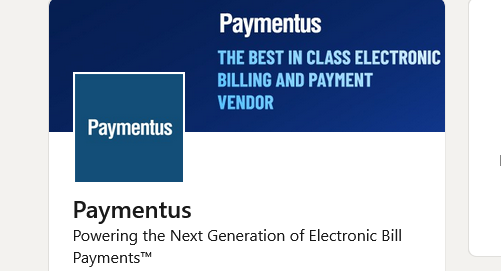 Mayor Scott hailed the new portal as an integral part of his commitment to modernize local government and said it will “improve the customer payment experience for web, mobile device and phone users.”

An Interactive Voice Response (IVR) phone number will be available to handle credit card payments in both English and Spanish, and “city agencies are working to ensure a smooth transition to the new system,” the press release said.

And in the future, maybe as early as December, the administration plans to install walk-in bill payment kiosks in neighborhoods.

For now, some residents, especially those without Internet access, will continue the tradition of gathering on the first floor of the Abel Wolman Building downtown, then patiently wait in line to pay their water, property tax and other bills in person with hard cash.