Amid growing controversy in northwest Baltimore over the city’s selection of an Ohio company to acquire the former Grove Park Elementary School, the area’s City Council representative, Isaac “Yitzy” Schleifer, has been in the spotlight.

Community leaders say Schleifer has ignored their opposition to CommuniCare Health’s plans to raze the school and replace it with a 145-bed skilled nursing and long-term care facility.

Schleifer, meanwhile, says Baltimore officials followed “an open and transparent process for all stakeholders” aimed at repurposing the site of an “abandoned” 64-year-old building.

Several residents have publicly questioned whether campaign contributions from fast-growing CommuniCare, which has facilities in Ohio, Maryland and five other states, are driving the process.

Reviewing state campaign records, The Brew traced $7,600 going to Schleifer’s finance committee from CommuniCare in late 2021 – the same period when city officials were developing the Request for Proposals (RFP).

Contributions from the company’s long-term care dvision president Ronald Wilheim and Sholom Wilheim in 2016 (when Schleifer first ran for office) and in 2022 total $600. 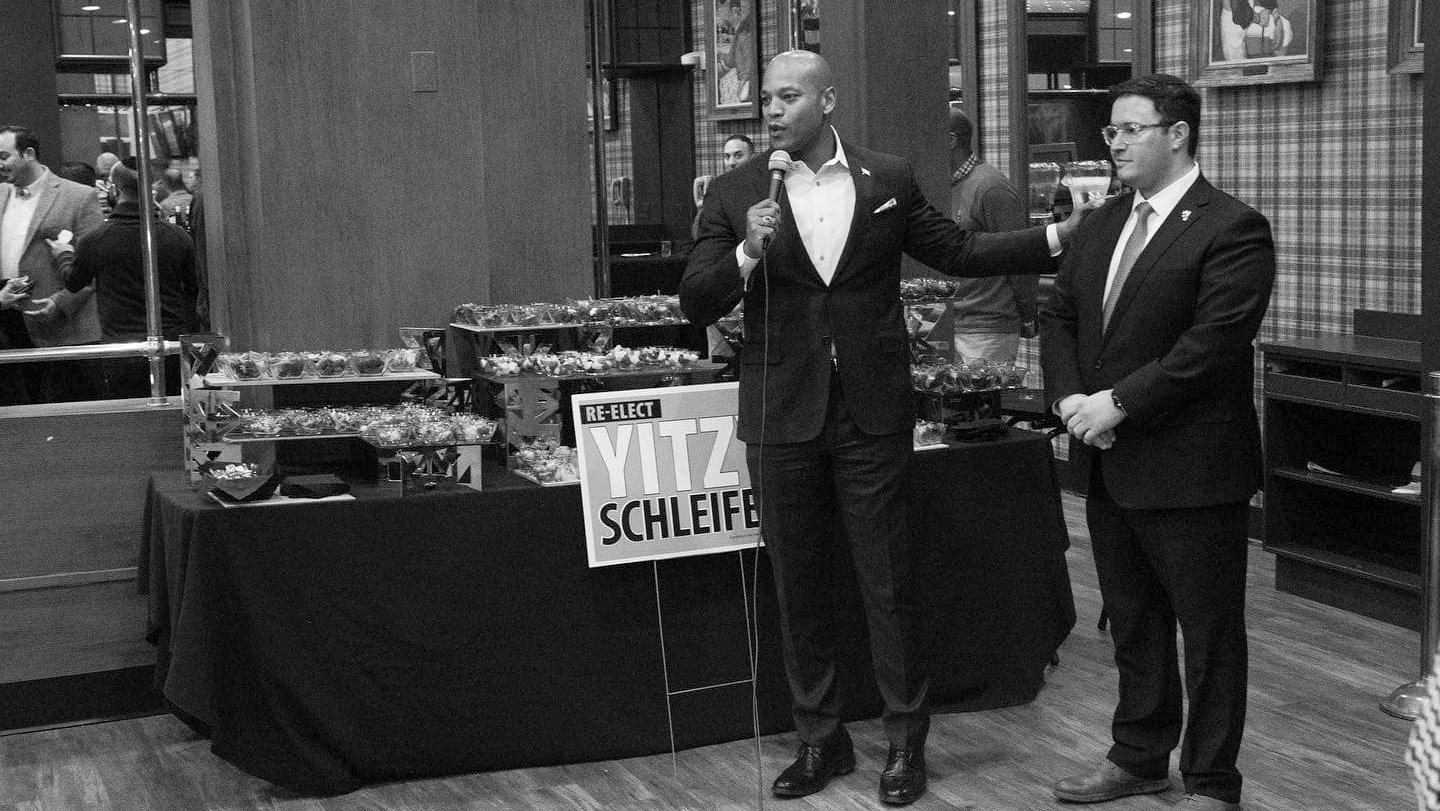 Governor-elect Wes Moore lauds Councilman Yitzy Schleifer as “one of our greatest champions” at a fundraiser held earlier this month at the Pimlico Racetrack Clubhouse. (Facebook)

CommuniCare, which currently has 19 facilities in Maryland, including three in Baltimore, has been even more generous to politicians in Annapolis.

The Brew has documented a total of $222,861 going to state elected officials, candidates and political parties.

The vast majority of CommuniCare dollars went to Democratic officeholders or candidates ($179,361), with another $21,000 funneled to the Democratic House and Senate caucuses.

During his two terms in office, Gov. Larry Hogan’s inaugural and campaign committees picked up $22,500 from CommuniCare.

Elections Board records show the following contributions from the Ohio company: 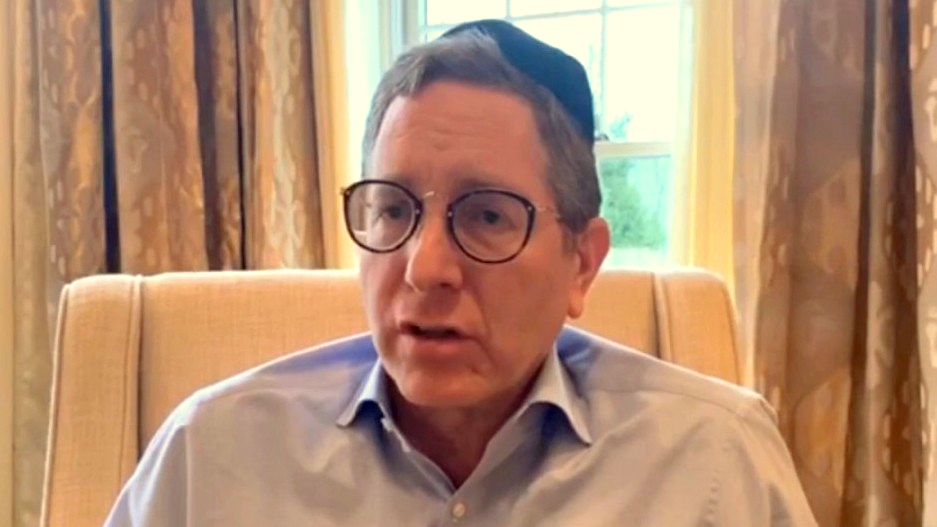 The flood of cash to Moore is notable because most of it – $50,000 – came on a single day, September 12, 2022, according to the candidate’s pre-gubernatorial finance report.

The contributors were Wilheim, who gave $2,000, and eight persons with the same last name, who each contributed $6,000, the maximum legal amount for a person or company in Maryland.

The eight were Dina, David, Esther, Rena, Rivka, Yosef, Leah and Sholom Meir Wilheim. All but one of them used Ronald Wilheim’s Cincinnati home address as their own for the donations.

A week later, Ronald Wilheim gave another $3,000 to Moore. CommuniCare’s founder and board chairman, Stephen L. Rosedale, had chipped in his own $6,000 to Moore a few months earlier.

On September 28, State Elections Board records show that Schleifer had himself transferred $6,000 from his campaign account to “Wes Moore For Maryland.”

If there is a specific reason for the company’s generous giving to state electeds and candidates, it remains unclear.

Moore’s spokesman Brian Jones noted that the governor-elect “is not connected to this issue,” meaning the Grove Park school controversy, when asked to comment on CommuniCare’s contributions to his campaign.

In an email to The Brew, Jones said, “It’s being decided at the city level and not something the governor-elect has a role in nor a position on.”

He continued, “The governor-elect has been consistently clear that his sole lens in government decision making is what is in the best interest of Maryland families.”

“His sole lens in government decision making is what is in the best interest of Maryland families”  – Spokesman for Wes Moore.

CommuniCare’s spokesman Eric Bloom answered this way, regarding about the company’s contributions to Moore, Schleifer and others:

“Our country and industry are facing unprecedented times, and we’ve chosen to support candidates who fight to get people back to work, advocate for policies which tackle inflation and pursue constructive initiatives to resolve our industry’s caregiver labor crisis.”

“The contributions we make are based on those shared principles and on the candidates’ character, values and beliefs,” Bloom concluded. 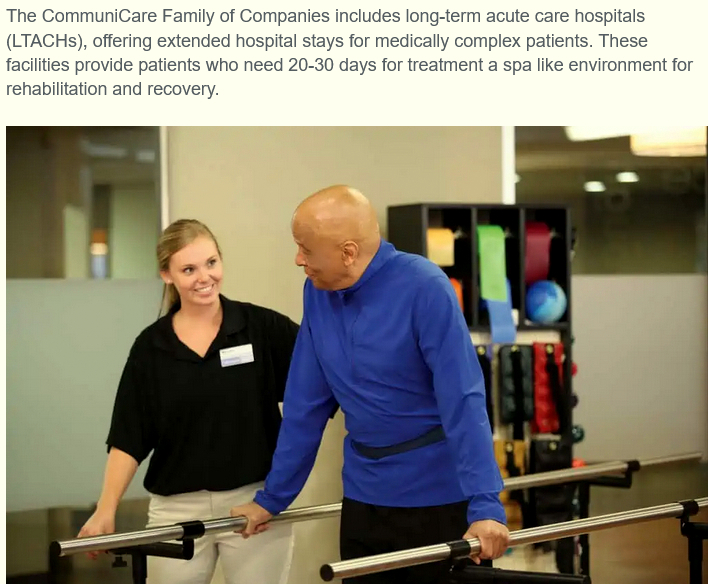 State Board of Election filings offer the following information about CommuniCare’s other contributions:

• ADRIENNE JONES received four payments totaling $24,000 on a single day in 2019 from LLCs associated with the company.

Between 2019 and 2021, Ronald Wilheim and relatives gave a total of $14,000 to the House Speaker’s finance committee. Contributions from CommuniCare founder Stephen Rosedale and Beatrice Rosedale came to $12,000. CFO Charlie Stoltz gave $6,000, and $4,000 came in from corporate parent Health Care Facility Management.

• ANGELA ALSOBROOKS received contributions in 2020 and 2021 from Rosedale, the Wilheims, and the company. CommuniCare owns three nursing homes in Prince George’s County.

• DEMOCRATIC SENATE CAUCUS COMMITTEE received $15,000 from Communicare in 2020. In 2021, $5,000 was contributed by Gabrielle Charnowitz, director of government relations for CommuniCare, according to her LinkedIn profile.

In 2019, the CommuniCare Family of Companies, using a Linthicum Heights, MD, address, gave $10,000 to the Hogan-Rutherford Inaugural Committee, bringing the total documented to $22,500.

• To reach a reporter: editors@baltimorebrew.com.