“Economic freedom is not free,” he’d say in a tone that suggested they were not just words to him but an all-consuming commandment.

Jolivet, who died unexpectedly at Sinai Hospital yesterday two months shy of his 72d birthday, believed that equality and justice for the black community had to be won on the economic front as well as the ballot box.

Named managing director of the Maryland Minority Contractors Association (MMCA) in 1976, he fought for black and women-owned companies to receive a fair share of contracts from local and state agencies. He was often called in to broker deals between white contractors and minority firms on municipal contracts.

Dapperly dressed, upbeat and unfailingly polite, Jolivet was a fixture not just at City Hall but in Annapolis and Washington, where he represented the American Minority Contractors and Businesses Association.

“Sometimes he would stand alone, but he always stood strong,” Michael A. Graham, a magazine publisher, said yesterday. “He was a man amongst men and never a coward in the face of power.”

Flowers for the Mayor

A frequent critic of the Baltimore’s contracting practices, Jolivet so frustrated Mayor Stephanie Rawlings-Blake in 2012 that she announced at a Board of Estimates meeting that she didn’t have the time or energy to “waste breath” on him every time he was “absolutely wrong.”

He persisted, nonetheless, winning some battles before the board (here, here and here). Last month, Jolivet presented the mayor with a bouquet of pink roses while announcing his retirement from the association and end of his advocacy before the Board of Estimates.

But he never got a chance to retire. Although his health was failing, Jolivet continued to work, providing pro-bono advice to City Council President Bernard C. “Jack” Young on the renewal of the minority contracting law, until his unexpected death Sunday morning. 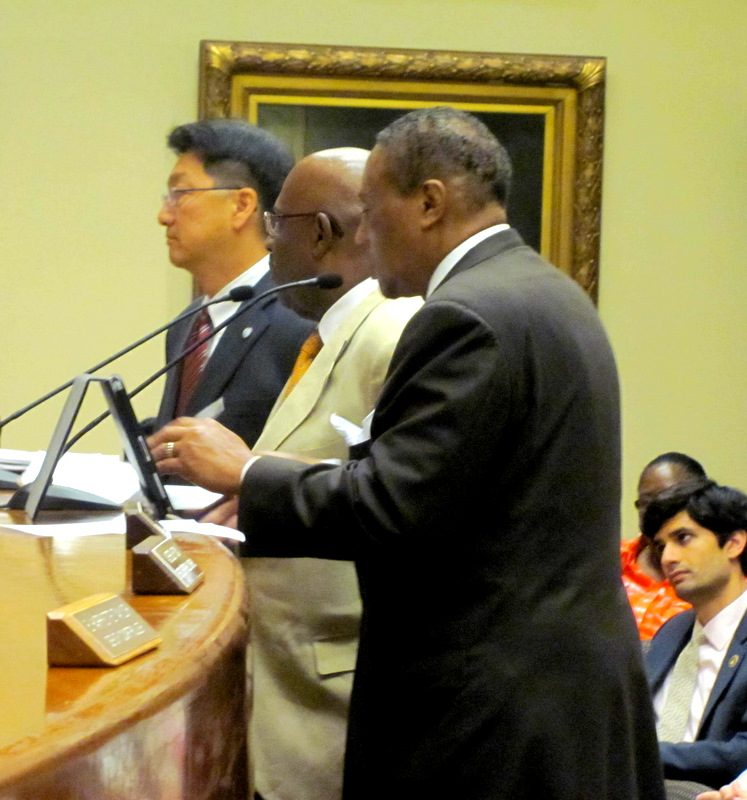 Arnold Jolivet argues a point before the Board of Estimates while Thomas Corey, chief of the minority business office, and Rudy Chow, then DPW water chief, listen.

“Hard to compare him to anyone else,” Henson wrote, “except maybe his mentor, Parren,” referring to former U.S. Congressman Parren J. Mitchell.

A longtime friend, who did not wish to be quoted by name, told The Brew that perhaps his most notable characteristic was his integrity.

“No amount of money or cajoling could get ‘Jolly’ to take a position contrary to what he believed. He could not be frightened or intimidated to ‘settle down,’ although he was always respectful to those [with whom] he disagreed.”

Arnold Merion Jolivet was born on September 23, 1942 in Baldwin, La., the son of a minister and farmer. His family moved to Houston in his youth and, in 1962, Arnold won a football scholarship to Morgan State University.

He graduated from Morgan with a degree in economics and government and attended the University of Maryland Law School before taking a job at the Maryland Equal Opportunity Office, according to his son, Arnold Jolivet II.

Although he never practiced law, Jolivet was considered to be an expert in minority and women’s business enterprise law, ordinances and court rulings.

He gave openly – sometimes with little or no pay – his time and talents to assist entrepreneurs and aspiring entrepreneurs in establishing their businesses, Lance Lucas, president of the Greater Baltimore Black Chamber of Commerce, said last night.

Lucas recalls car-pooling with Jolivet and Tessa Hill-Aston, president of the Baltimore NAACP, to Annapolis protest a contract to Motorola that they believed evaded minority hiring guidelines. The award was deferred by Gov. Martin O’Malley and the Board of Public Works until the matter was straightened out.

An Apple, an Onion and a St. Pauli Girl

A deeply religious man, Jolivet was the longtime chairman of the Board of Deacons at Union Baptist Church, where he was known to give impromptu sermons in the footsteps of his father, Ezekiel Jolivet. 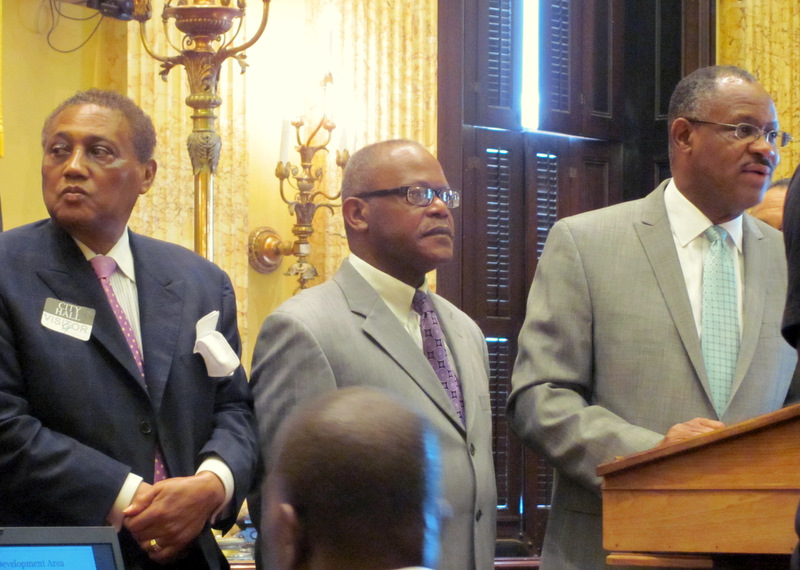 On a personal note, when Arnold found out that I had broken my ankle earlier this year, he proclaimed that “diet and healthful eating” were the keys to a speedy recovery.

Henceforth, a platter of lake trout, mustard greens and sweet potatoes would arrive at my doorstep on Friday afternoons, supplemented by an apple, an onion and a bottle of non-alcoholic St. Pauli Girl.

In addition to JoAnn, his wife of 45 years, and son, Arnold Jolivet II, he is survived by his grandchildren, Isaiah Arnold and Nia Eris.