In the wake of the revelation that Episcopal Bishop Heather Elizabeth Cook drove off after she hit a bicyclist who later died, calls for her to be arrested and to step down from the church hierarchy have been mounting.

The Facebook page “Charge Bishop Heather Cook with Homicide” has 1,804 likes and, at the top of the page right now, is an open letter from cyclist Vince Harriman calling on Cook to resign as Bishop Suffragan.

“This is your chance to say to the world as a person, as a priest, as a bishop, that you believe in what you say about personal responsibility,” Harriman wrote.

Putting extra pressure on Cook is her high-profile spiritual role as the No. 2 official in the Maryland Diocese, serving directly under Bishop Eugene Taylor Sutton.

Cook’s own words in sermons have added a ghastly irony to the current situation.

Harriman notes the YouTube video of a November 13 sermon by Cook that has been circulating widely in the days since Sutton identified her as the driver of the car that struck cyclist Thomas Palermo on Roland Avenue last Saturday.

In her sermon titled “Be Prepared,” at about the 6:50 minute mark, she says the following:

“If we routinely drive 55 in a 30 mile-an-hour zone, we won’t be able to stop on a dime if driving conditions get dangerous or if an animal or, God forbid, a human being should step out in front of us. Things happen suddenly, and we’re either prepared in the moment or we’re not, and we face the consequences. We can’t go back. We can’t do it over.

“In real life, there are no instant replays. I think this is something of a hard message to give to you today. My perception is that we live in the midst of a culture that doesn’t like to hold us accountable for consequences, that somehow everybody gets a free pass all the time. Well, we do in terms of God’s love and forgiveness, but we don’t in many of the things that happen, and it’s up to us to be responsible.”

Also coming in for a blast of condemnation is Sutton, who has placed Cook on administrative leave and issued a statement saying her 2010 DUI and drug arrest was known to diocesan officials and “forgiven.”

“Apparently all is forgiven if you kill someone, but as long as you return later, your crime is absolved,” one writer posted on Sutton’s Facebook page. “You pervert the teachings of jesus and the scripture to save face and the reputation of your organization. Shameful!”

Some posters have pointed out that the clamor for action has gotten ahead of the judicial process.

Cook has not been charged or even formally confirmed as the driver by Baltimore police, who have so far refused to release any details – even whether or not Cook’s blood-alcohol levels were checked after she returned to the scene of the crash some 20 or 45 minutes later (according to conflicting accounts).

“Unless I have missed it, no charges have been filed, so nothing to plead guilty to – yet,” wrote Richard Harrington on Facebook.

Cook’s actions last Saturday have ignited the ire not only of cyclists (online advocacy groups Bikemore and Bike Maryland have been a kind of clearinghouse for information), but of the Episcopal clergy and laity.

The Facebook page “Episcopalians calling for the resignation of Heather Cook” has also been circulating. Its creators say they set it up because “she acted in ways unbecoming a priest by leaving the scene of an accident.”

On the diocesan webpage itself, clergy are invited to join the event organized by cyclists, a memorial ride and vigil being organized for Palermo tomorrow.

“The Episcopal clergy serving the Roland Park and surrounding neighborhoods invite clergy and their parishioners to be a pastoral presence for the riders in the New Year’s Day Memorial Bike Ride honoring the life of Mr. Palermo,” says the entry posted by diocesan officials.

The ride – which begins at 3:30 p.m. tomorrow (January 1) at Bishop Square Park at  Charles Street and University Parkway – is just one of the ways people are remembering Palermo. A Palermo Children’s Educational Trust was established with a goal of raising $10,000.

A father of  two (six-year-old Sadie and four-year-old Sam), Palermo was “a quick wit – he was a very funny man,” Alisa Rock, his sister-in-law, told The Brew. 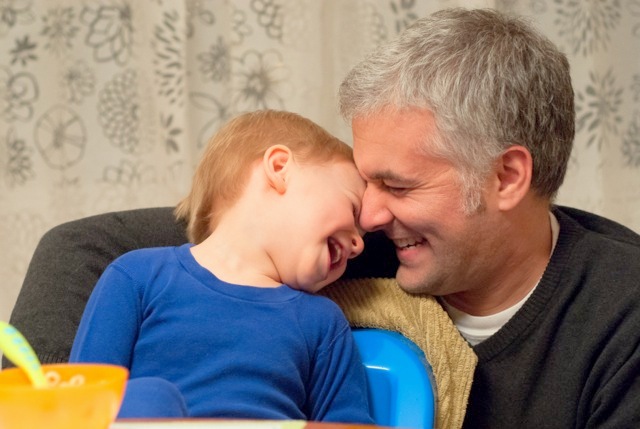 She said her sister met Palermo when he was a bike tech at REI and was always “very passionate about biking.”

She said he rode around town everywhere, including to his job as a senior software technician at the Johns Hopkins Hospital.

A seasoned cyclist of 25 years who lived in Anneslie, Tom had a passion for mountain biking as well as logging countless miles on the road.

In addition to cycling, Tom loved to build “custom-lugged, steel-road, fixed/single-speed and touring frame sets,” said a statement from the family. “Along with other members of the Baltimore cycling community, Tom was an advocate for bike access and bike safety.”