But still, they had numerous questions: among them, why is the new tracker using older GPS? Why is the tracker strictly web based, and not available as an app?

And most importantly, when will a state-of-the-art tracking system be available for Baltimore bus riders who are sick of the MTA’s erratic performance?

The MTA says its web-based tracking system is in a 100-day beta testing period: that means three months of ironing out the kinks – of which transit riders believe there will likely be many.

The system is not state-of-the art, but rather represents a workaround – marrying two older systems to newer technology – a union the MTA  characterizes as an “interim solution,” created because of customer demand for arrival-time data.

Specifically, it relies on older GPS and radio hardware and is piggybacked on the bus system’s Computer Aided Dispatch (CAD) and Automatic Vehicle Location (AVL) systems.

As a result, some buses could lose their radio signal and become untrackable for a period of time. Because of this, some arrival estimates are real-time based – while others are based on the bus schedule. The MTA hopes to eliminate or reduce these “trackability issues” during the beta phase.

The MTA’s Bus Tracker press release  answered many questions about the new arrival time tool – including how non-computer users can access the information – but raised others.

Here are the results of The Brew’s Q&A with the MTA’s Office of Media Relations:

Because that is the system we have in place right now. MTA engineers have worked for more than a year to develop this real-time technology by creating compatibility between state-of-the-art software and three separate operator logon systems currently used on MTA buses. The logon system technology is 25 years old. We went through the effort to create this interim solution in response to customer demand for real-time bus tracking. And, to build the foundation upon which newer and better technology will be used once it gets here.

Does the MTA know how many buses will, at times, “drop off” the system if they lose their radio signal?

We know there are a few spots where contact is lost on specific routes and the operators have to log back into the system. We expect to find more, which is exactly why [we] are testing the system through this 100-day beta launch.

Does the MTA have any idea how many arrival estimates will be “real-time-based” vs. scheduled-[based]?

Other transit systems have launched their own arrival-time trackers with rates ranging between 60-80% across their systems. We are averaging in the upper end of this range right now and expect to improve throughout our testing period.

What was the reason MTA didn’t go with an app?

The data received from the bus CAD-AVL. . . system to operate My Tracker is not sent in a format that can be easily used to create an application – called General Transit Feed Specification (GTFS).

We know in many cases, the information needed to create an application is made public so private firms can attempt to develop an application at their own expense. However, it would cost approximately $600,000 more to be able to format the data from our 25-yr-old CAD/AVL system into GTFS for use by outside developers.

Because the MTA will be replacing its current CAD/AVL with newer/better cellular-based technology in the next few years (which will use GTFS), it wasn’t worth the extra investment. Instead, MTA’s systems and engineering concentrated on creating a direct interface that provided virtually all of the functionality that many other applications would. 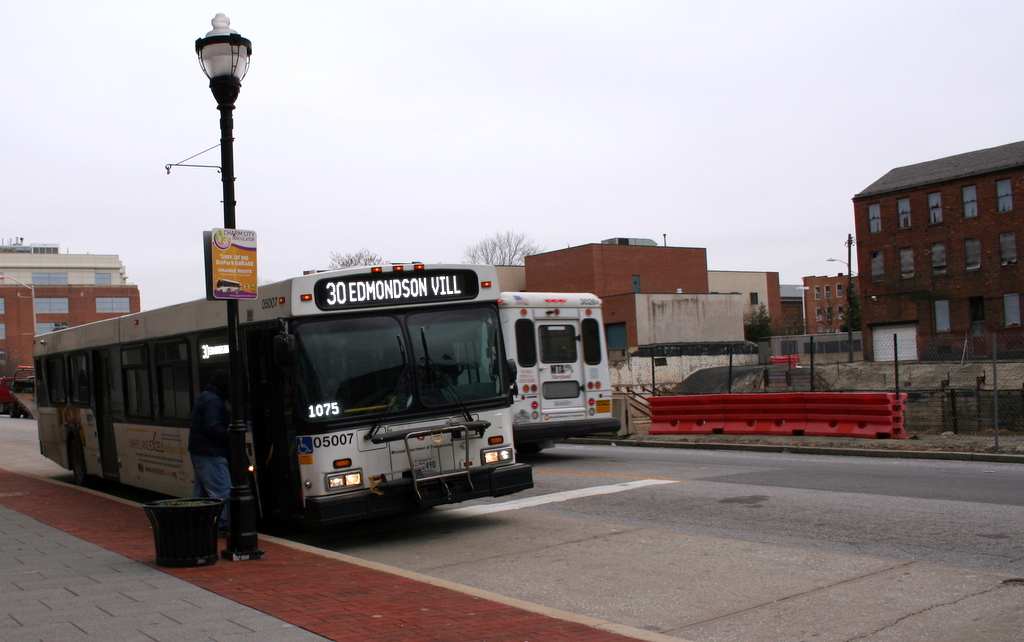 How many years away is a more reliable cellular system, and what is its estimated cost?

We are hoping to get there within three years and wouldn’t speculate on costs at this point.

What’s the best way for riders to share comments and observations regarding the bus tracking system?

We encourage anyone with comments on My MTA Tracker to share them with us at TrackerFeedback@mta.maryland.gov or at http://mta.maryland.gov/questions-compliments-or-suggestions.

Are any meetings planned for riders to share their feedback?

At this point, no meetings have been planned.