For one billing address at the Johns Hopkins medical campus, it indicated $4.2 million worth of free city water.

For a chemical plant in South Baltimore, it was $2 million of underbillings.

For a prison intake facility, it was 561 days without a reading.

For an Inner Harbor apartment building, it was no bills – or payments – at all since the property opened in 2016.

These are some of the biggest Baltimore water customers red-flagged recently in an internal review of problem accounts, uncollected revenue and other mistakes.

The information, analyzed by The Brew along with publicly available billing data, raises new concern about one of the enduring mysteries of Baltimore government:

Why, after the expenditure of $100 million on “smart” meters and an automated UMAX billing system, can’t the Department of Public Works collect the money that’s due on water and sewer bills?

The problem no longer lies with the residential accounts in Baltimore City and the surrounding counties. Recent meter upgrades did, in fact, greatly increase the accuracy of billings to home customers.

Where botched readings and uncollected revenues consistently occur are with commercial and institutional customers who have larger, more complicated metered lines and maintain multiple accounts with DPW.

“In city government, we’re running things with poorly paid clerks and consultants flown in from out of town.”

From wireless meters that don’t transmit data to incorrect inputs into the UMAX system, errors are introduced, then baked into the system despite all of its high-tech trappings.

“The city uses the same metering system as BGE, but you don’t see billing errors over there,” said a local utility expert. “At BGE, the people who run the system are trained and experienced engineers. In city government, we’re running things with poorly paid clerks and consultants flown in from out of town.”

(The latter reference is to the Atlanta-based consultants Itineris N.A. who provide “support services” for the UMAX system. So far, the consultants have cost the city $22 million, which pays not only for their billable hours, but for room and board, meals and transportation. A new $5 million round of Itineris consultation is pending before the Board of Estimates.) 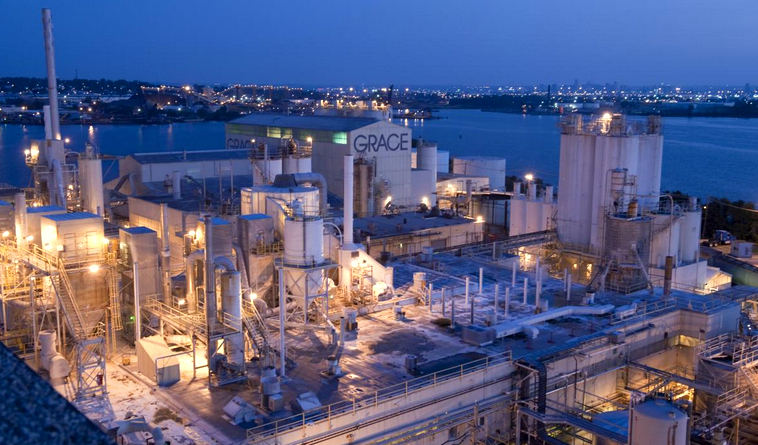 Incorrect entries in the new UMAX system led to $2 million of underbillings for water usage by the W.R. Grace chemical plant in Curtis Bay. (Maryland Chamber of Commerce)

“To think that previous administrations allowed residents’ properties to be sent to tax sale while not even billing the city’s wealthiest is absolutely shameful,” he said in a prepared statement.

Young vowed to establish an in-house team to audit commercial accounts and assure city residents that all water bills were being accurately recorded and promptly paid.

He also promised to make the audit public.

The results of the audit are now mostly in. But the Young administration doesn’t want to release the audit, two sources tell The Brew, until after the April 28 primary because of fears the findings could jeopardize Young’s election chances.

The Young administration doesn’t want to release the water billing audit until after the April 28 primary.

“They want to keep a lid on it,” said a person with knowledge of the administration’s thinking. “They don’t want the public to know that at the same time they’re raising water rates, they’re not collecting all past due revenues.”

Young’s spokesman, Lester Davis, denied that politics has seeped into the mayor’s calculations. Work on the audit is under the leadership of deputy chief of staff Sheryl Goldstein and is now about halfway completed.

Several dozen businesses have already contacted the city about issues with their water bills, Davis said, and the water billing audit is now expected to be released in May.

The enormous underbilling does not imply revenue lost to the city’s general fund, since water bill payments go to a separate dedicated enterprise fund. However if corrected it could arguably head off future increases in the municipal water rate, which has risen every year for the past decade.

Baltimore’s high water bills have come under intense criticism for the hardship they pose in a city where 30% of households live on an income of less than $25,000 a year. 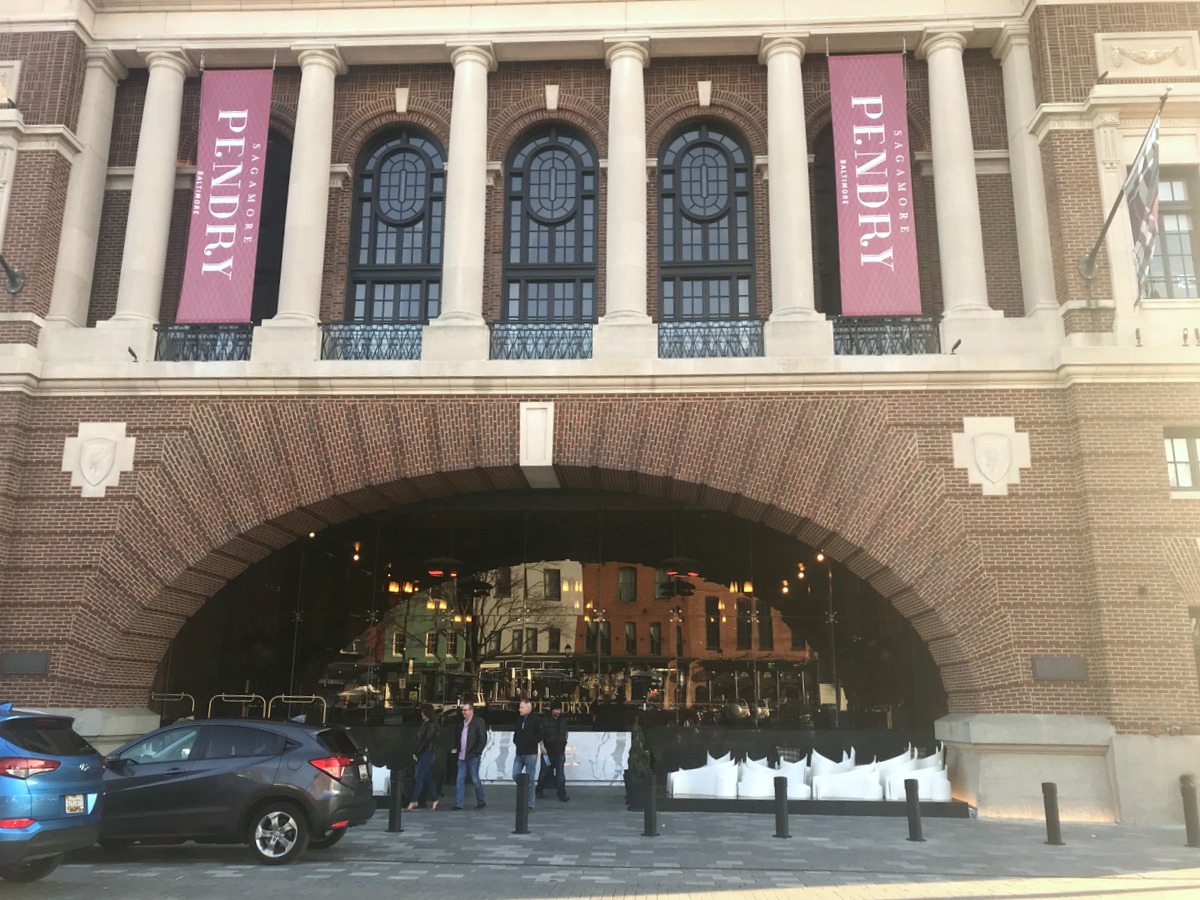 Kevin Plank’s luxury hotel at the foot of Broadway in Fells Point has run up a sizable water bill. (Mark Reutter)

Meanwhile, staff at DPW’s Customer Support and Services Division are under orders not to discuss any aspect of the billing situation.

One employee, who asked for anonymity in order to speak freely, said supervisors are now “closing out” delinquent commercial accounts and sometimes “zeroing out” balances due.

Asked to elaborate, the employee said, “In some cases, the bills are being adjusted before they go out. If they exceed a certain threshold, they don’t send the bill. The system will actually pull the bill out. And then the bill just doesn’t go out until somebody decides to send it out – or not.”

He said there are still commercial accounts that have not been billed since the new UMAX system went “live” in 2016.

Several blamed the current atmosphere of fear and intimidation on Jennifer Ludwig, who was brought into City Hall last November as a “utility program manager.”

Ludwig was DPW’s project manager and customer support chief between 2012 and 2018. During her tenure, the UMAX billing platform was introduced, and old billing system was supposed to migrate “seamlessly” to the new platform.

Ludwig has not responded to a detailed voicemail message requesting a response.

One way to assess the accuracy of DPW’s billing processes is to review the history of individual accounts.

The Brew’s request for the billing history of several commercial customers, however, was denied.

DPW lawyer Brent Clemmens said the Maryland Public Information Act prevents the agency from “disclosing a record of a person’s finances,” and “a corporate entity is a ‘person’ under the PIA Act.”

He did not explain how water usage/consumption data and billing statements could reveal the financial intimacies of a commercial customer. Nor why such personal information could not be redacted while still fulfilling the PIA request.

In the absence of full records from DPW, we relied on information from sources and the city’s online billing portal to illustrate seven examples of delinquent accounts.

In a case that mirrors the Ritz Carlton imbroglio, the meter account was not set up properly when this 384-unit building a block from the Inner Harbor was opened in 2016. As a result, the building’s managers have never received a water bill.

So far, the building has racked up $263,010.16 in unpaid bills (which seems low for the nearly four years that this large residential building has been getting free water). As of yesterday, the above balance is still outstanding. 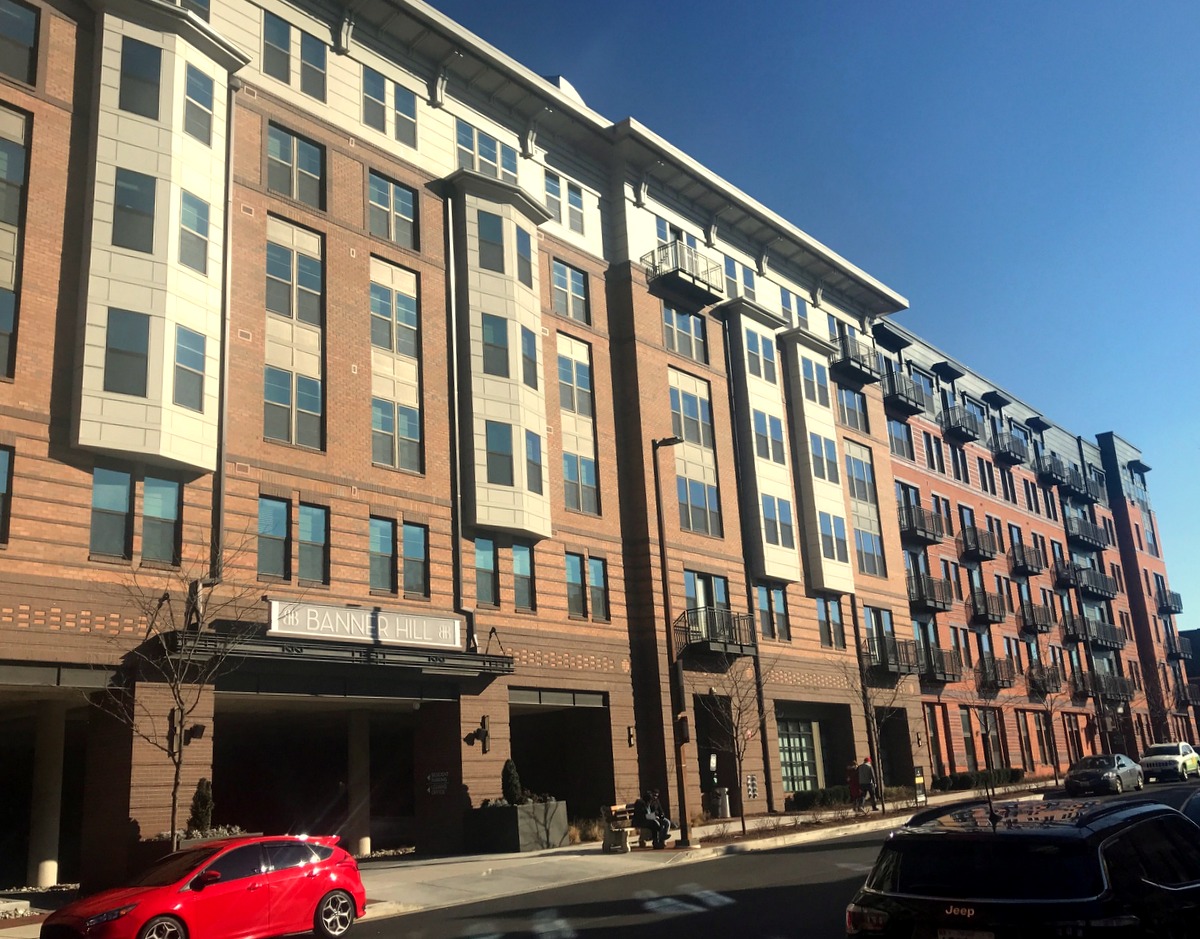 Banner Hill Apartments, on the 600 block of South Charles Street, have yet to receive, or pay, a single water bill. (Mark Reutter)

The waterfront hotel in Fells Point owned by Under Armour magnate Kevin Plank’s companies currently owes $223,113.32 from two accounts. In one account, the last payment was made on April 18, 2018. In the other, there’s been no payments since October 2018. 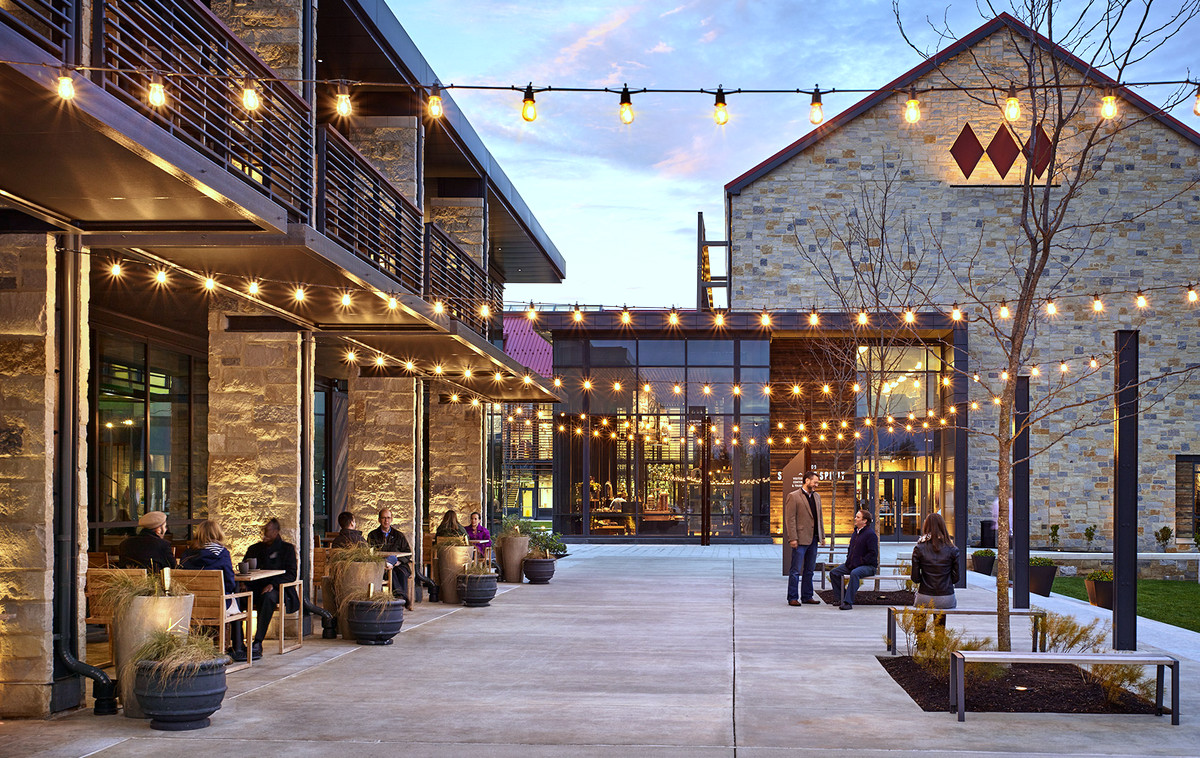 The tavern and gift shop at the Sagamore Spirit Distillery on East Cromwell Street. (asg-architects.com)

Another Kevin Plank venture, the Sagamore Spirit Distillery in Port Covington, is also slow in the payment department, records show.

This building, with a mouthful of a name at the state prison complex, owed the city $1,114,948 as of last December 6. The reason? No water reads had been entered into the UMAX system for the prior 561 days. Last Friday, a $600,000 payment was made to the account, indicating that Maryland gave about half of what DPW says is due. 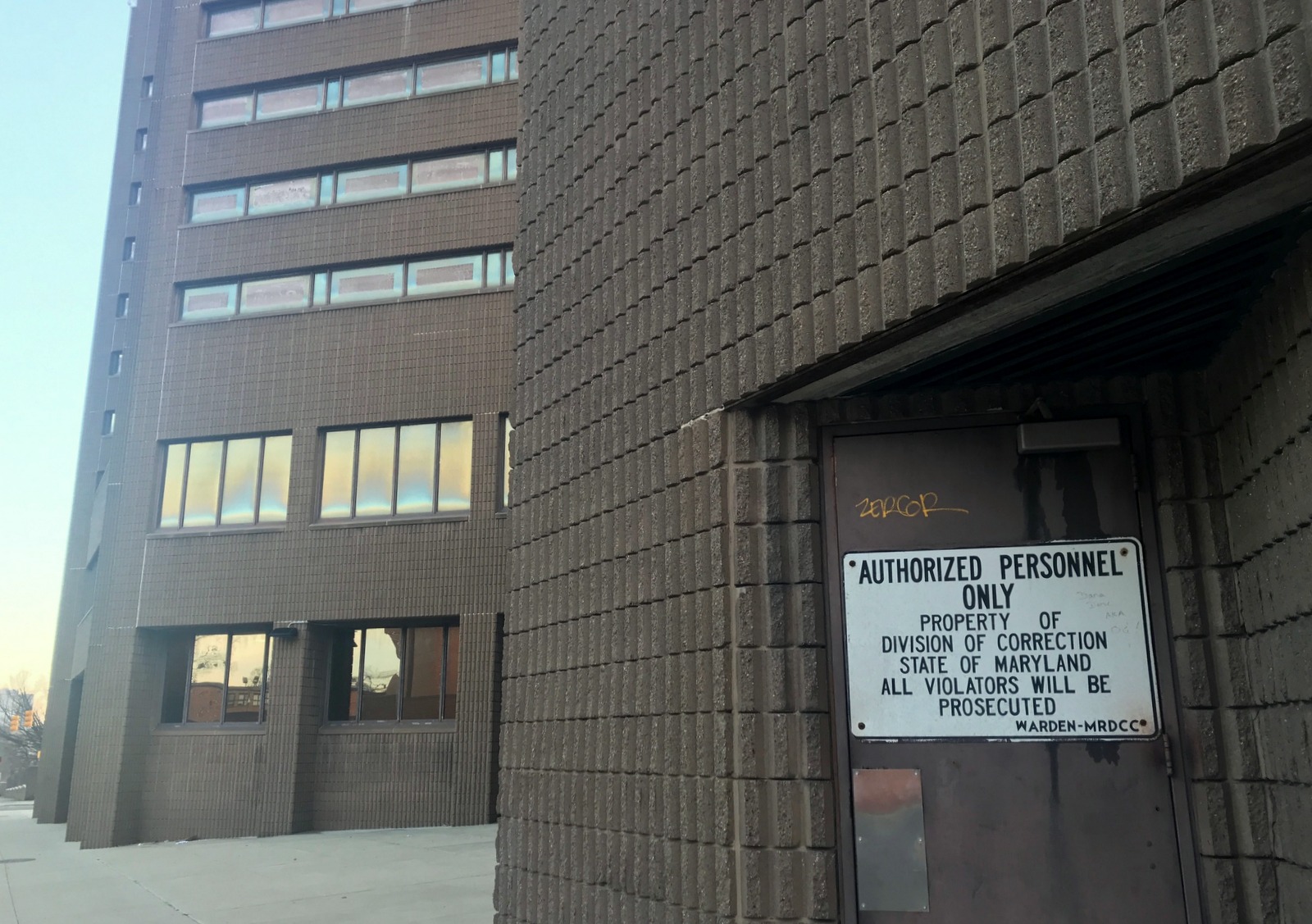 The Maryland Reception building on Greenmount Avenue can hold 670 inmates, but until last week it hadn’t paid a city water bill in 19 months. (Mark Reutter)

For an “undetermined period” prior to September 23, 2019, the water reads at the Curtis Bay chemical plant were incorrectly entered onto the UMAX system, which led to an underbilling estimated $2,066,120. There’s no evidence that DPW is now trying to collect the debt. 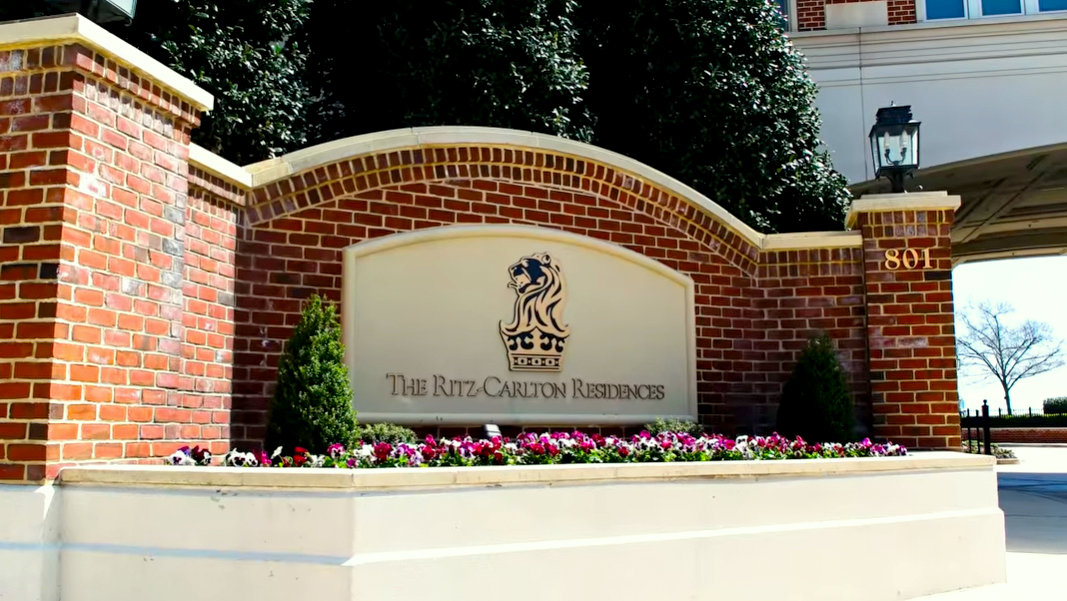 At this waterfront abode on Key Highway, $2,326,025.52 was underbilled because a meter account was never created by DPW. This resulted in 4,584 days of free water for a community where townhomes start at $1 million. The condo association said it requested bills from the city, but never received them.

According to DPW, because no water account existed until October 15, 2019, no bills were sent out. The homeowners’ association is now negotiating a payment plan. 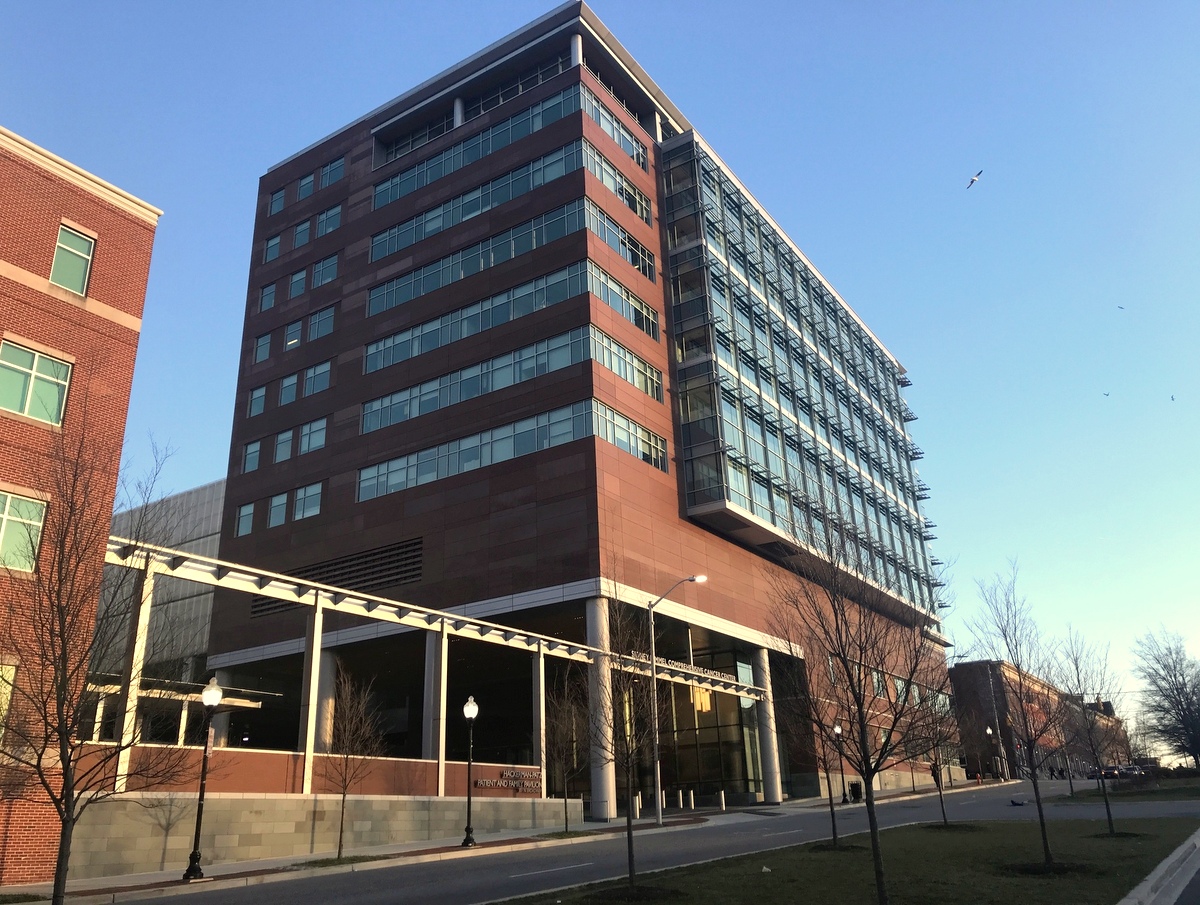 Reads from this building were “not validated” in the UMAX system for 333 days in 2019, according to a city review. More broadly, the account had incorrect readings since the building opened in 2018. DPW staff concluded that it was $4,187,630.91 in arrears.

Since then, a minor miracle has occurred. Rather than owing the city millions of dollars, the online account was changed in late February to reflect a credit of $1,808,138.56.

(At the same time, the account’s street address was changed from 201 North Broadway to 1702 East Fayette Street.)

What has remained consistent is a notation that the account hasn’t made more than a modest payment (of $10,000) for its use of city water since March 2019.