We now have more detail on the chain of events that led Baltimore County Executive Johnny Olszewski, Jr. last year to draft a bill intended to strip away the powers and independence of Baltimore County’s first inspector general, Kelly Madigan.

It turns out that his bill was an escalation of his unsuccessful behind-the-scenes effort to rein in her ability to investigate corruption in county government.

Olszewski planned to quietly introduce the bill to the County Council last July, but changed his mind after the bill’s existence was disclosed by The Brew, triggering sharp public criticism. The bill was criticized by two national organizations, the Taxpayers Protection Alliance and the Association of Inspectors General, and by a former Maryland State Prosecutor.

The concrete evidence of Olszewski’s motive comes at a critical juncture for the IG’s office. Olszewski must submit the proposed budget for the OIG and other county agencies for FY 2023 to the Council by the middle of next month.

The Council can only decrease, not increase, the funding that he proposes. Having failed to kill off the OIG outright, the county executive may try to starve it to death by continuing to withhold adequate resources from the office.

The story of Olszewski’s efforts to sideline his corruption investigator also comes at a sensitive time politically for the incumbent, who is running for reelection after styling himself as a reformer.

Here is the rundown of what happened last year:

Murray instructed Madigan that she could no longer obtain records directly from the county employees or agencies that had the records.

Instead, she must submit a request for the records in writing to the administration, explaining “how the request is necessary and related to the work of the Office of Inspector General.”

Madigan refused, noting in a reply email that the policy “would not be consistent with the history, independence and purpose of an inspector general’s office,” adding later that county law did not require her to seek the county executive’s approval to get records.

Madigan was right on both counts.

Controlling access to records, including emails and other correspondence, is tantamount to controlling the investigation itself.

Acceding to Murray’s edict would have made a mockery of the IG’s independence. It was a blatant attempt by the county executive to place Madigan under his thumb.

Murray sent his email during the fallout from an IG report that cited a county employee, later identified by The Brew as Chris McCollum, for $30,000 in unauthorized purchases.

In addition to being a high-paid economic development officer, McCollum was the campaign treasurer for councilwoman Kathy Bevins and a major donor to Olszewski.

“This is Baltimore County”

The investigation of the well-connected McCollum did not sit well with some elected county officials. Apparently, Madigan violated an unwritten county rule about who she could investigate and who she could not.

Her investigation was the centerpiece of a contentious hearing before the County Council last May during which Bevins and Chairman Julian Jones excoriated Madigan for the manner in which she did her job.

• VIDEO: Excerpts of the hostile questioning of IG Kelly Madigan (5/24/21)

Perhaps speaking too candidly, Bevins told Madigan, “This is Baltimore County, and I think that you need to just get more comfortable with some of the policies and procedures that happen here in the county.”

Get more comfortable with procurement violations and waste of taxpayer money? You can’t make this stuff up. 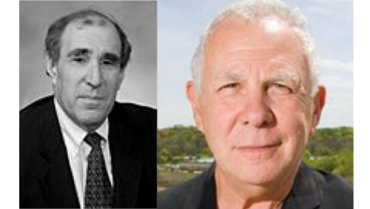 The Brew obtained a draft copy of the bill that Olszewski intended to introduce at the County Council meeting of July 6, 2021. It would have destroyed the OIG’s effectiveness.

A few hours after the disclosure of the bill’s contents, Olszewski released a statement claiming his administration had worked on the bill “in collaboration with the Inspector General” and would continue to work with her “to improve transparency and accountability at all levels of government.”

Olszewski clearly underestimated the willingness of the IG to stand her ground.

In an interview with The Brew, Madigan stated that the implication that she had concurred with the bill was not true.

Her office had objected to many measures in the bill that “would undermine the ability of the office to perform its mission.”

Olszewski beat a hasty retreat in the face of the political firestorm that ensued. He decided not to introduce the bill and announced last October the formation of a “Blue Ribbon Ethics and Accountability Commission” to study the matter.

The commission has not yet met.

The longstanding “pay to play” culture in county government was an issue in the 2018 race for county executive.

When his Republican rival, Al Redmer, pledged to add the position of inspector general to county government, Olszewski, a Democrat and former state delegate from Dundalk, followed suit.

Olszewski did fulfill his promise in 2019, but staffed the office with only one employee in addition to Madigan.

Despite staffing limitations, Madigan has done a remarkable job. She investigated the preferential treatment given by the Olszewski administration to a wealthy developer over construction of a tennis barn.

She uncovered the unlawful waiver of hundreds of thousands of dollars of county fees and charges connected with development of the Metro Center in Owings Mills.

She reported that, although the waiver happened during a previous county executive’s tenure, the Olszewski administration failed to take proper action upon discovering it.

The primary duty of the OIG is to identify fraud, abuse, and illegal acts in county government. It also investigates complaints made to the county’s Ethics Commission. It is woefully understaffed.

The OIG currently has three employees and a budget of about $354,000.

We don’t know how many additional positions Madigan has requested because, under Olszewski’s policy, budget requests by office and department heads are kept secret.

This policy is clearly intended to shield Olszewski’s budgetary decisions from as much public scrutiny as possible.

An amendment to the county charter will be necessary to insulate the OIG from county executives like Olszewski determined to preserve the “traditional” way of doing things in Baltimore County.

In the meantime, county residents should insist that Olszewski, who wants voters to grant him a second term, keep his hands off the office and give the IG the resources she needs to do her job.