The controversy that erupted last week over the trip to Oxford, England, by Nick Mosby’s chief of staff should be viewed as part of a larger pattern of staffers traveling to obscure training sessions operated by private groups.

In July, Police Commissioner Michael Harrison dispatched seven of his senior commanders to Boston for a three-week course on “diversity, political management, organizational strategy, process analysis and new policing strategies” run by the Police Executive Police Forum (PERF), which acts as both a research arm and paid management consultant.

Last week, Baltimore’s Recreation and Parks director, Reginald Moore, flew 15 members of his staff to Phoenix, Arizona, to take 20-minute “speed courses” and other workshops while he was inducted into the industry-funded American Academy for Parks and Recreation Administration.

Another $2,225 was to be spent on retired finance director, Henry J. Raymond, to attend and address a software conference in Orlando, Florida, before an article in The Brew prompted Mayor Brandon Scott to withdraw the expenditure.

That was the context of the $9,145 trip – approved by the BOE last Wednesday – that enabled Lawrence Anderson, chief of staff for City Council President Mosby, to attend five days of “deep reflection, debate and discussion” at Oxford University about the role of COSs in modern organizations.

“How to trust, prioritise and decode” and “how to best brief the principal” are among the topics addressed at the Chief of Staff Executive Education program held at Oxford University. (csa.org)

Such educational trips, it should be pointed out, differ from the traditional travel perks that have returned to City Hall following a two-year hiatus owing to Covid-19 restrictions.

They include excursions to Las Vegas for the International Council of Shopping Centers convention and attendance at the Maryland Association of Counties (MACo) summer get together in Ocean City.

Mayor Scott and Council President Mosby participated in the Vegas event in May, mingling with developers at the invite-only Maryland Party.

As did Ted Carter (who resigned last month as Baltimore’s deputy mayor after harassment allegations surfaced), Michael Huber (who has since departed as Scott’s chief of staff) and Councilman Eric Costello (who helped shoot down a resolution last week to look into generous TIF tax incentives to developers).

The Vegas expenses billed to taxpayers totaled $18,353, The Brew found. Meanwhile, the MACo event, which included expensive lodging for Mosby and eight staffers accompanying Mayor Scott, cost over $21,000, according to hotel, meal and transportation costs filed with the Board of Estimates.

“There’s a lot, a lot of work, especially for mayors,” Scott said in a podcast defending his attendance at MACo. “We’re doing meetings. We’re doing sessions. It’s a great thing. A lot of information is exchanged.” 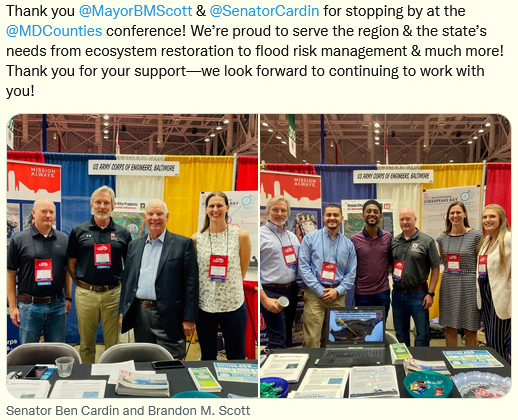 Mayor Scott at the U.S. Army Corps of Engineers booth at the MACo convention in Ocean City last month. (@MayorBMScott)

PERF says the same thing about its police training course operated through the Senior Management Institute for Police (SMIP) at facilities housed at Boston University.

The three-week program “is much more conceptual than technical and requires participants to think in broad terms. Readings and class discussions stimulate critical thinking and problem-solving. Participants emerge with an understanding of advanced management practices and effective leadership,” says the course description.

What raised eyebrows about the program – in addition to the absence of seven commanders at the height of a violent Baltimore summer – was the connection between PERF and Commissioner Harrison.

Harrison is the non-salaried president of PERF, which serves as a behind-the-scenes consultant to city police forces, notably Baltimore’s.

Harrison attended SMIF when he was at the New Orleans police force. PERF and its well-connected executive director, Chuck Wexler, was instrumental in Harrison’s selection as Baltimore’s police chief in 2018 after 343 homicides were recorded in 2017.

In 2019, Harrison was named a director of PERF and soon became its president. Thanks to Harrison’s action approved by the Board of Estimates, taxpayers forked out $59,700 in tuition and board fees to PERF this summer.

On July 23, as the top brass (including three majors and two captains) were finishing up their coursework at BU, Baltimore passed its 200th homicide and was headed for another deadly year. 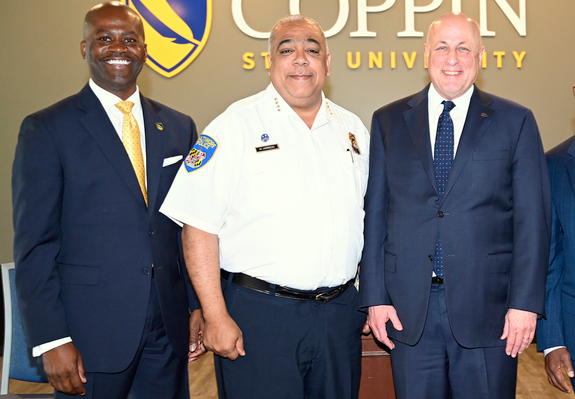 Last week’s exodus of recreation and parks staff to Arizona was justified by Director Moore as allowing them to gain educational credits through 45 speed sessions and 18 workshops during the National Recreation and Park Association convention in Phoenix.

But as NRPA makes clear in its brochures, more than 300 education sessions can be viewed online – or viewed on demand through March 2023 – allowing Baltimore staff to accrue more educational credits “back home” than in person in Phoenix. 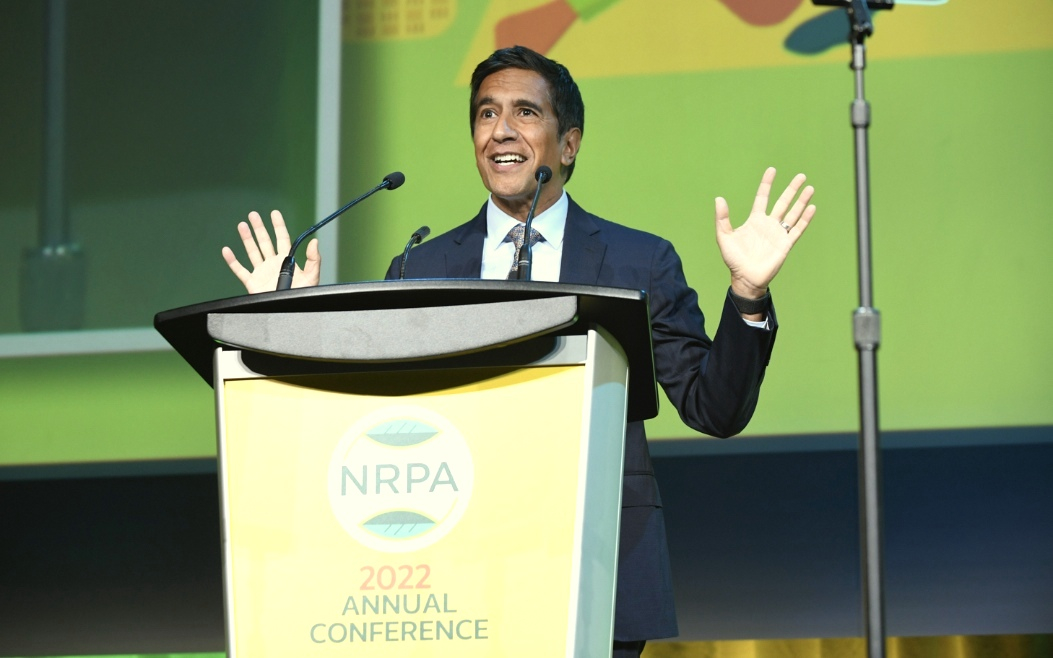 One recent travel item was pulled by the mayor.

Henry Raymond, Baltimore’s longtime finance chief and a member of the BOE since 2014, had requested $611 in airfare, $1,394 in hotel reimbursements and $160 for meals to spend four nights in Orlando, Florida.

Raymond wanted to attend WorkDay Rising, a conference organized by the financial management giant WorkDay between September 11 and 15, even though he had retired from city government two weeks earlier on August 31.

After The Brew broke the story, Scott withdrew the item from board consideration. Since then, his staff has declined to explain how the item got on the agenda or concede that a mistake had been made.

Part of Henry Raymond’s request for public funding for a trip to Orlando after he had retired as Baltimore’s finance director. (BOE agenda, p. 171)