Will the Police Reform and Accountability Work Group formed by Maryland Speaker of the House Adrienne Jones produce meaningful change?

When asked about her expectations for the 14-member group, State Senator Jill Carter laughed and told The Brew, “Nothing.” I share her pessimism after learning the names of the two members of the work group from Baltimore.

The greatest crisis in policing in Maryland is in Baltimore, and Baltimore is the place where reform is most needed. The members of the work group from the city should be the strongest advocates of reform.

Lodge 3 of the Fraternal Order of Police (FOP), the union that represents officers of the Baltimore Police Department, has been an impediment to progress, resisting reform of the agency at every turn.

Unfortunately, the FOP could not be happier with the “reform” representatives from the city if it had chosen them itself.

It’s not just that delegates Curt Anderson and Sandy Rosenberg have accepted political contributions from the FOP.

More importantly, Anderson and Rosenberg did the FOP’s bidding in what was the most outrageous attempt to undermine police reform in recent memory – HB 1251.

For years, mayors and City Council members wrung their hands over the refusal of Lodge 3 to agree to a change in a costly patrol shift schedule.

My October 2018 op-ed in The Brew pointed out how the Council could solve the problem by passing an ordinance limiting collective bargaining to matters of direct compensation – wages, salaries, paid leave, etc.

The FOP could not be happier with the representatives from Baltimore if it had chosen them itself.

Within two weeks of the op-ed, I received a draft bill from the city’s Department of Legislative Reference that would have implemented my recommendation. The email accompanying the bill said that it was “inspired” by my commentary and that the unidentified Council member who had the bill be drafted wanted me to review it.

The bill never was introduced, but the shot across the union’s bow accomplished its purpose.

Lodge 3 capitulated to a change in the shift schedule, obviously concerned that the alternative under the draft bill would be to lose the right to bargain over shift schedules entirely.

Union President Michael T. Mancuso explained, “While our members agreed that this proposal was less than ideal, the alternative to acceptance was dismal, at best. Instead they made the hard choice to preserve our contractual rights, going forward.”

The FOP, however, was not about to leave things there.

A bill was introduced in the next session of the General Assembly to prevent the City Council from restricting the scope of collective bargaining between Lodge 3 and the city.

HB 1251 would have transferred final authority over police personnel, assignment and disciplinary matters to independent labor arbitrators, thereby stripping the police commissioner, city solicitor and the City Council of their powers and effectively blocking reforms under the Justice Department consent decree with the BPD.

Standing up to the FOP has made Commissioner Harrison a target of the union’s enmity that continues to this day.

Newly appointed commissioner Michael Harrison went to Annapolis in March 2019 to oppose the bill, and his testimony was credited with killing the bill in committee. As Mancuso wrote in a letter to then-City Solicitor Andre Davis:

“The Police Commissioner. . . testified in opposition to [HB 1251], causing the City Delegation to forego a vote which would have gone in favor of the FOP.”

Standing up to the FOP made Harrison a target of the union’s enmity that continues to this day. In the eyes of the FOP, loyalty must be absolute, and there is little if any room for compromise.

Who sponsored this legislation intended to cripple police reform?

The primary sponsor of HB 1251 was Delegate Anderson. He was joined by Rosenberg and four other delegates – Talmadge Branch, Cheryl Glenn, Keith Haynes and Carl Jackson.

The vast majority of the victims of police brutality and other abuses in Baltimore are from disadvantaged, predominantly Black neighborhoods.

Lest you believe that support for the FOP falls along racial lines, consider that five of the six co-sponsors of HB 1251 were Black, with Rosenberg the lone exception.

Given the experience of HB 1251, can a lawmaker give more than lip service to police reform while accepting FOP cash to help pay their campaign bills?

Can a lawmaker give more than lip service to police reform while accepting FOP cash to help pay their campaign bills?

Records of the state board of elections show that Anderson received contributions from the FOP in the year prior to introduction of HB 1251 totaling $2,000. 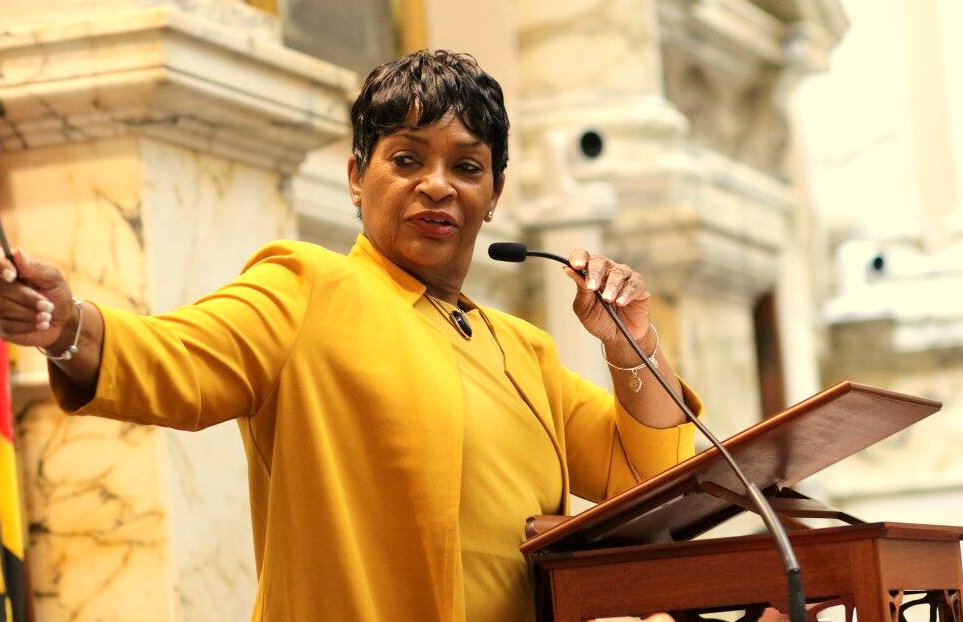 Adrienne Jones recently picked the members of the police reform work group. A year ago, she accepted $3,000 from the FOP.

In a statement announcing the legislative work group, Speaker Jones described policing in America as “broken.”

She continued, “While we have taken a number of positive steps in Maryland, we can’t be satisfied until every citizen has confidence in their police department.”

That is a laudable goal but a tall order, especially in Baltimore. The chair of the work group, Delegate Vanessa Atterbeary of Howard County, stressed that “we need structural reform ideas from the community and law enforcement to fix this problem in a collaborative way.”

I would suggest that the ideas for structural reform have been there for years, and that what the work group and the General Assembly really need is the willpower to overcome resistance to those ideas by the FOP and its political allies, including Governor Larry Hogan.

Neither Maryland nor Baltimore can afford business as usual – in other words, a lot more talk than action on police reform. Maybe it is a good thing that Jones has placed her own reputation on the line.

By accepting $3,000 in campaign contributions from the FOP shortly after becoming House speaker, then appointing two steadfast supporters of the FOP to the work group, Jones risks serious political damage if reform efforts bog down.

Intentionally or unintentionally, she has given herself every motivation to shepherd meaningful police reform through the House of Delegates despite any resistance from the FOP.
___________________________
David A. Plymyer worked on police matters during his entire legal career, first as an assistant state’s attorney for Anne Arundel County and then in the Office of Law. He served as legal advisor to police hearing boards and advised Anne Arundel County’s Chief of Police on disciplinary matters.