The first people to stop and try to help cyclist Thomas Palermo – some Boys Latin students on their way to the school to play soccer on a sunny Saturday – did not see the car crash that threw the 41-year-old from his bike and ultimately kill him.

All they saw was a man lying in the street, on the southbound side of Roland Avenue, his head on the sidewalk curb, and they went to see if he needed help, said Matt Manzoni, a Boys Latin senior.

Manzoni’s interview with The Brew is the first time he has spoken to the media about an incident that has sparked worldwide attention because the driver, an Episcopal bishop, initially left the scene.

No charges have been filed against Suffragan Bishop Heather Elizabeth Cook, 58. The Baltimore Police Department has not released the crash report or other details, saying it is still investigating the incident.

“We saw somebody on the side of the road, so we did a U-turn at Lake” Avenue, said Manzoni, speaking last night. “It was a man lying alone. No one was around.”

When the boys arrived, Manzoni said, he tried to talk to Palermo (“I was right up next to him”) but realized, upon seeing the pooling blood, how severely he was injured and that he needed immediate medical help.

“We got pretty scared,” he said.

Another driver, who had pulled the same U-turn and stopped to help, called 911, Manzoni said. The boys and a growing group of bystanders waited until a city fire truck came. They watched the paramedics performing CPR on Palermo, eventually taking him to Sinai Hospital where he was pronounced dead.

Since that day (December 27), Manzoni has watched and read news coverage and reaction to the case – how Bishop Cook, of the Episcopal Diocese of Maryland, was identified as the driver, how she initially left the scene, and the speculation about how exactly the crash occurred.

On that last question, Manzoni can’t help. “We must have just missed it,” he said of the crash between the bike and car, estimating that they saw the body on the side of the road about 2:30 p.m.

But while the boys did not see the collision, they did see the immediate aftermath, including Palermo’s mangled bike lying over near a stone wall, one tire completely torn off.

“We definitely thought he got hit cause his bike was completely destroyed,” Manzoni said.

They also saw Palermo’s water bottle in the road, some distance away from his body. “We figured that’s where he got hit.” 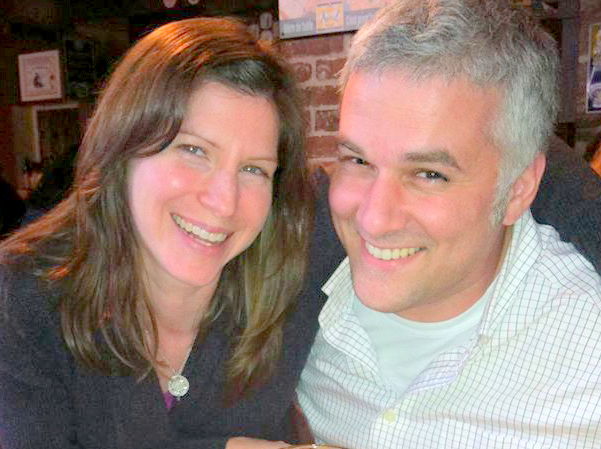 The boys watched police officers rope off the scene and take photos. They gave their statements to police.

And then they saw Bishop Cook.

“We saw some lady come up and say she did it,” Manzoni said. He said she appeared calm, and they saw no sign she was impaired as she got into a police car.

“She seemed, like, a little scared, but not crying or anything,” Manzoni said, estimating that Cook came on the scene about 40 minutes after they had stopped to help Palermo.

His account corroborates that of another bystander who told The Brew last week it seemed closer to 45 minutes after the crash when the bishop returned.

This person, who asked not to be publicly identified, said she had called her husband at 2:33 p.m. after she had been at the crash scene for a few minutes.

Manzoni said he saw Bishop Cook’s green Subaru Forester with a partially shattered windshield, but not until the woman drove up to the crash scene and turned herself in to the police. (A Diocesan official’s account of the crash aftermath was released by the church on Tuesday.)

Manzoni said he didn’t see how cyclist Moncure Lyon had earlier chased Cook’s damaged Subaru (which had passed by the crash on the northbound side of Roland) to her nearby apartment at Elkridge Estates. Lyon told his story on Facebook and later corroborated it with news organizations, including The Brew.

But Manzoni did recall how Lyon looked when he came back to the crash scene after Cook had turned herself in. “He looked kind of furious.”