Wheeling around the corner of Liberty Heights Avenue onto Auchentoroly Terrace, a group of what looked like high school students, perhaps 50 of them, carrying tree branches, bricks and rocks, came running and skipping along the median.

From the median and walking in the roadway between idled cars, they laughed and shouted at the drivers, some of whom rolled up their windows. My car wasn’t damaged, and I didn’t see any damage to the other cars.

Mostly, it seemed, the young people were looking to engage with Baltimore police. Some had their hoodies pulled over their faces. Others carried back packs.

At the Gwynns Falls Parkway intersection, at about 3:45 p.m. today, they found their quarry.

Police cars were parked, about a dozen of them, near the entrance to the zoo on Swann Drive. Police had blocked off the entrance, but they didn’t seem entirely ready.

When the rocks and bricks began flying – lobbed high in the air and in some cases striking police cars – the officers jumped back and huddled together.

The sound of rocks hitting car chassis could be heard everywhere. Rocks lay in the street, and cars swerved to avoid them as well as the students and police.

The group at Gwynns Falls Parkway seemed to be chucking the rocks up and over the cars in the roadway, aiming them at the police on the other side.

Two helicopters hovered above, and sirens blared as more police reinforcements rushed to the scene. 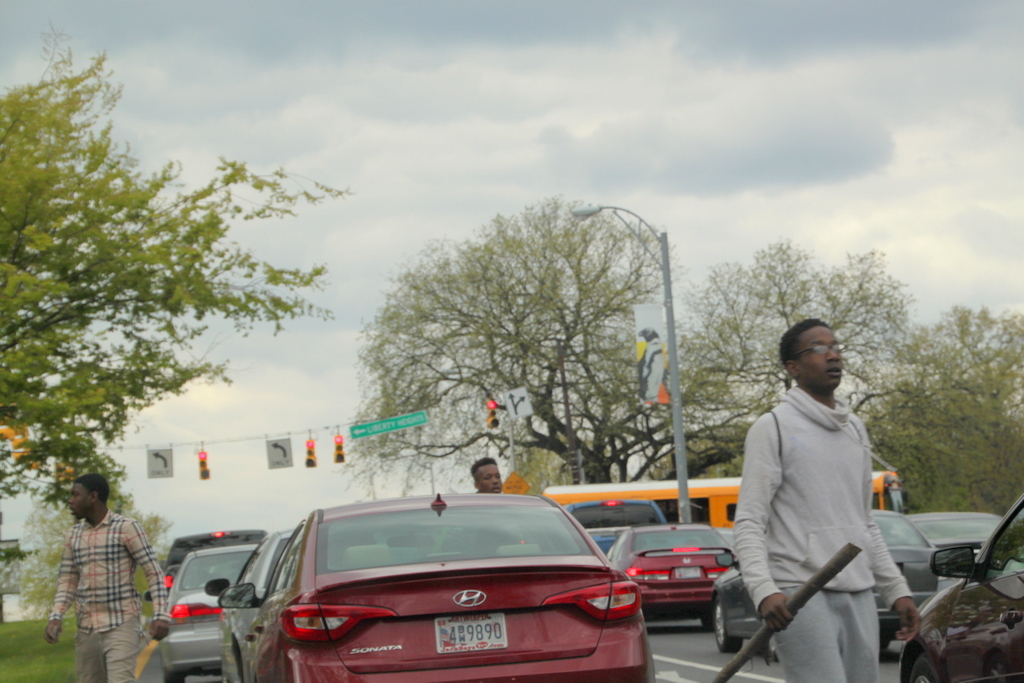 Young people, with sticks and rocks, walk through the traffic on Swann Drive. (Photo by FernShen) 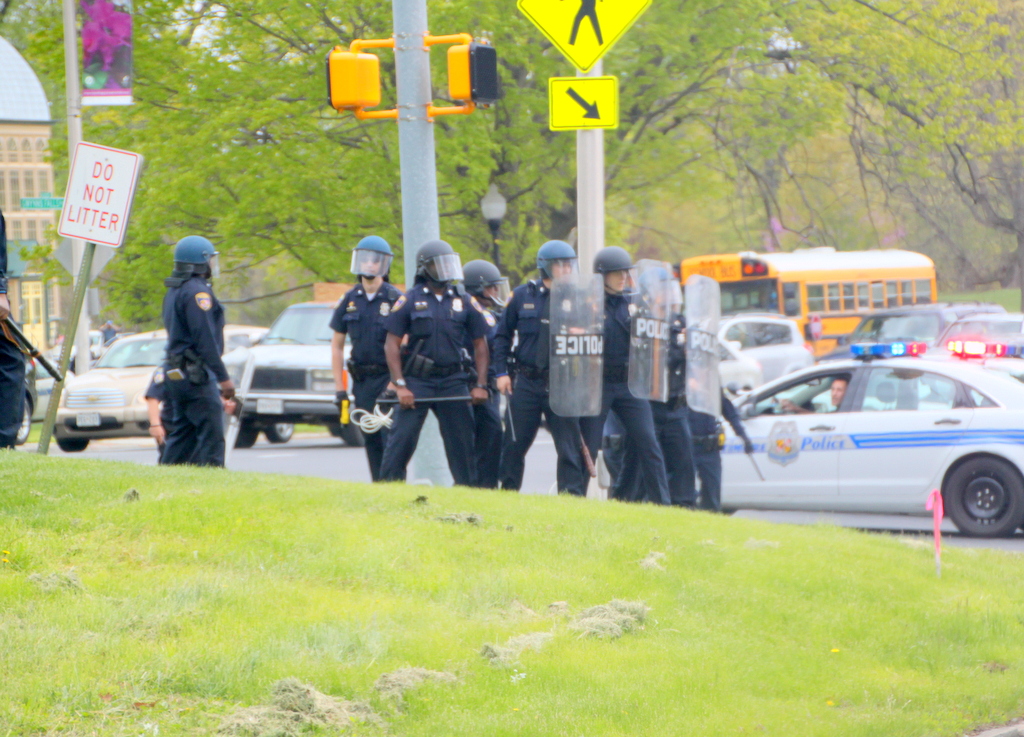 Police in the median, near Howard P. Rawlings Conservatory, visible at left. (Photo by Fern Shen) 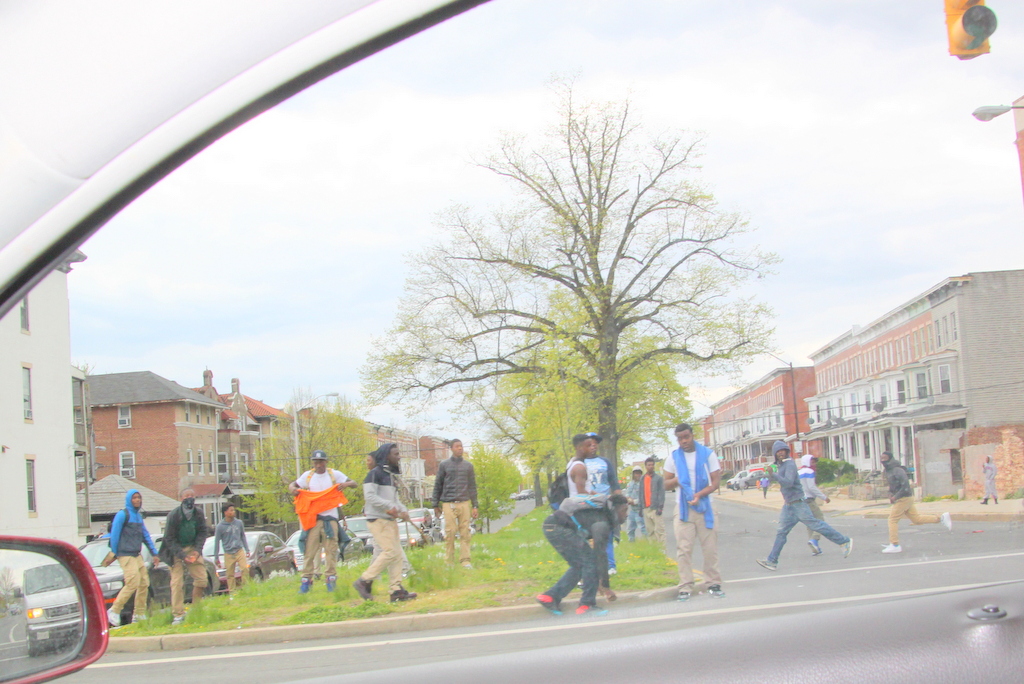 This group was lobbing rocks over the moving traffic at police on the other side. (Photo by Fern Shen) 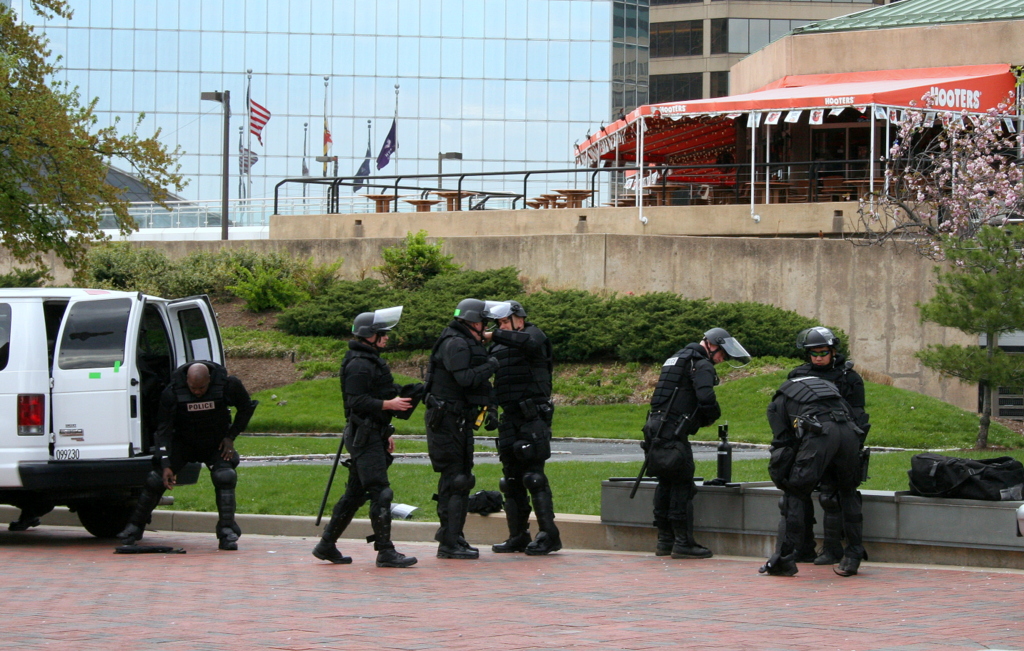 There was lots of police presence at Baltimore’s Inner Harbor today. (Photo by Danielle Sweeney) 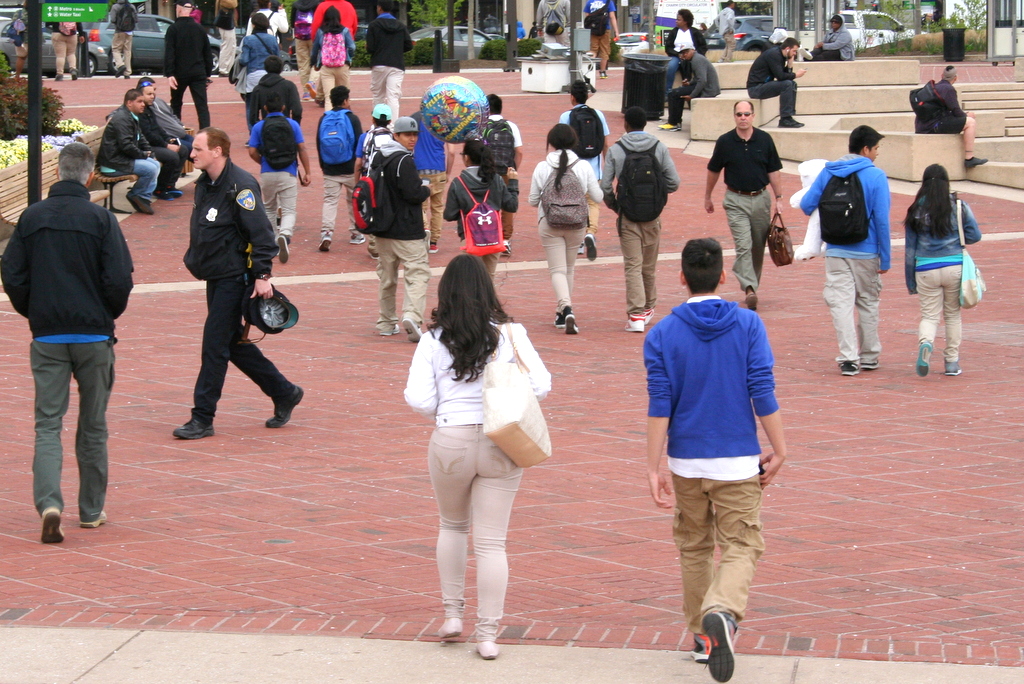 Despite rumors that students would come to disrupt Baltimore’s Inner Harbor this afternoon, it was peaceful there today. (Photo by Danielle Sweeney.)